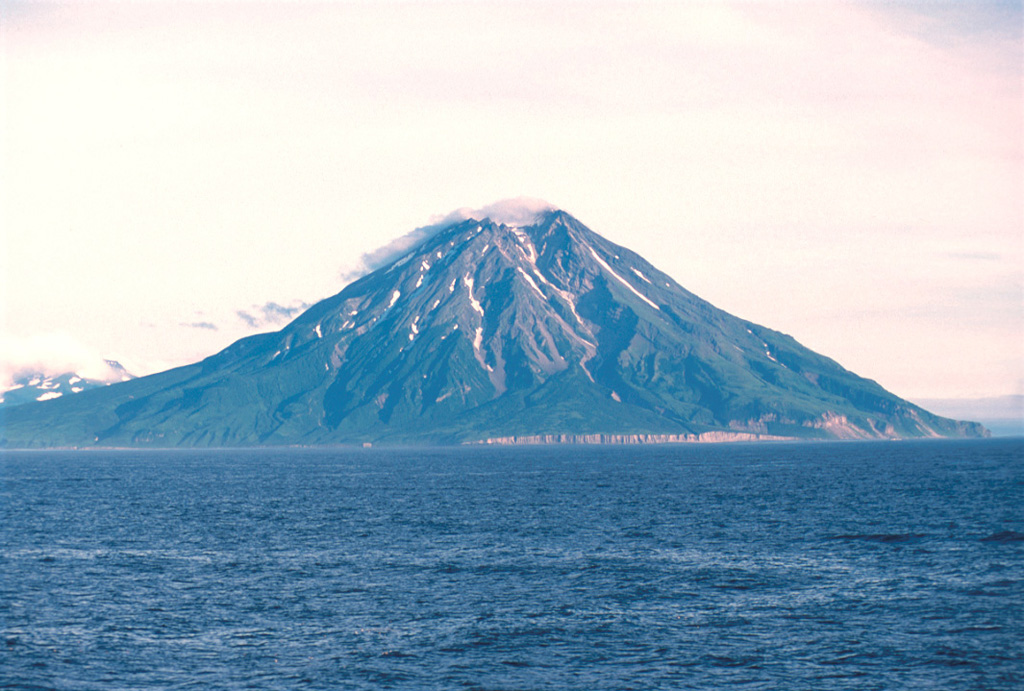 
There is data available for 9 confirmed Holocene eruptive periods. 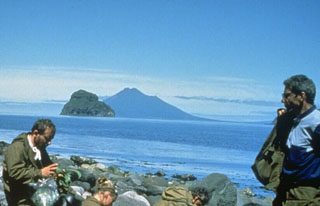 Fuss Peak in the distance forms a peninsula on the SW coast of Paramushir Island. The cone has a 700-m-wide, 300-m-deep crater. Well-preserved lava flows were emplaced on the middle and lower flanks, particularly on the E and SE sides. A volcanological field party in the foreground are on the shore of Shirinki Island. 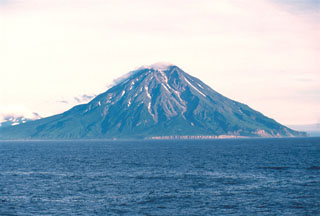 Fuss Peak forms a peninsula on the SW coast of Paramushir Island, the largest of the Kuril Islands. The cone has a 700-m-wide, 300-m-deep crater. A valley extends from a low point in the crater rim down to the coast on the NW flank.