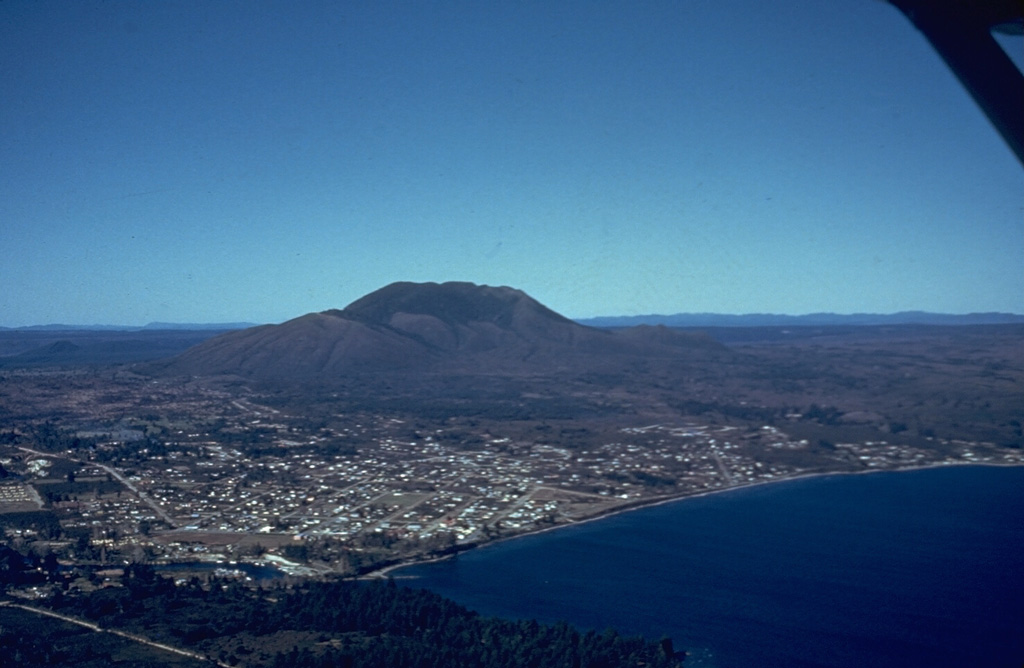 An aerial view shows the E margin of Lake Taupo with Taupo City on its shore. The 35-km-wide caldera is not topographically prominent but has been the source of powerful rhyolitic eruptions from the late Pleistocene throughout the Holocene. The 35,000-year-old Tauhara lava dome forms the peak in the background.