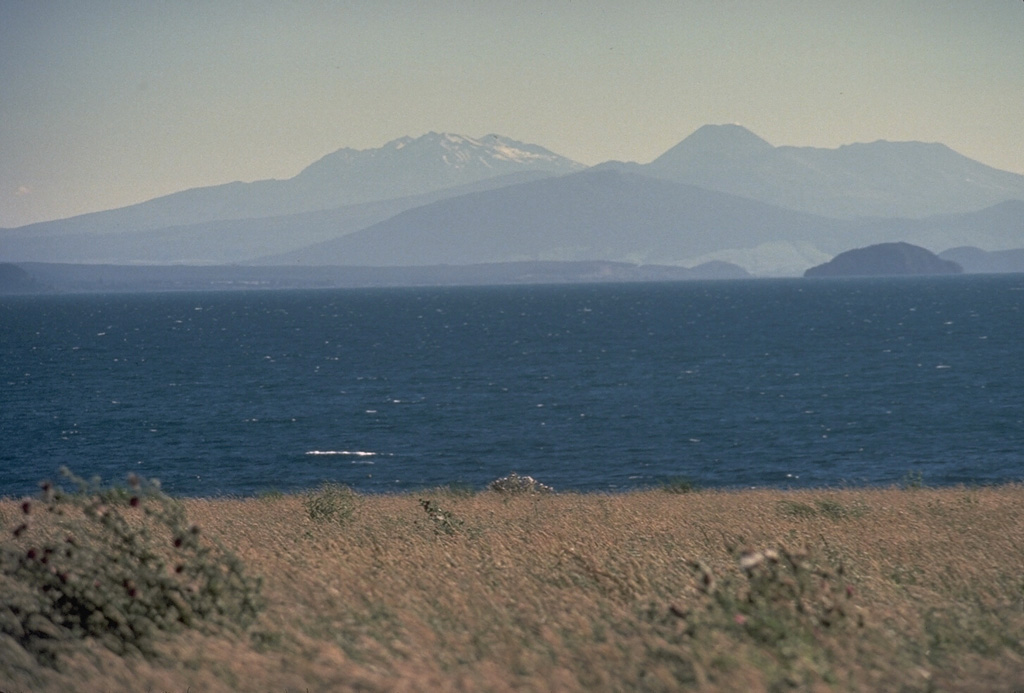 This view looking SW across Lake Taupo, the southernmost major caldera of the Taupo Volcanic Zone, shows several major peaks of Tongariro and Ruapehu. The broad forested peak below the center horizon is the Pleistocene Pihanga volcano. The steep-sided cone on the horizon to its right is Ngāuruhoe, the youngest cone of the Tongariro complex. The broad massif to its right is Tongariro. The snow-capped massif on the left-center horizon is Ruapehu.