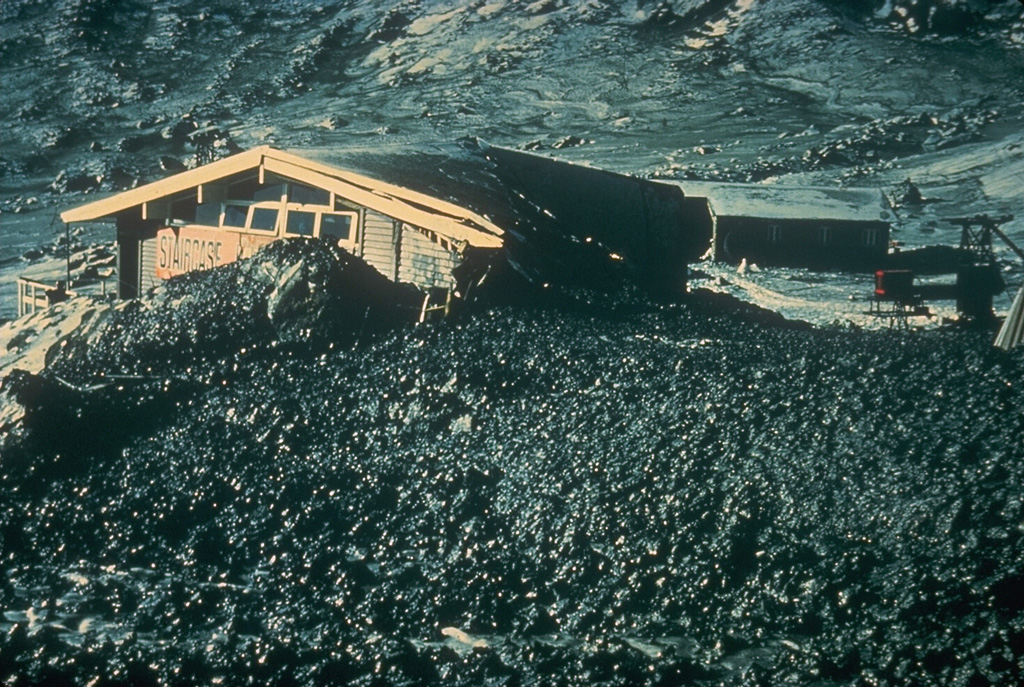 A restaurant at the Whakapapa ski area on the upper flanks of Ruapehu volcano was damaged by a lahar that originated from an explosive eruption on 22 June 1969. The lahar was produced by hot water ejected from the Crater Lake vent and snowpack around the crater that was melted by pyroclastic surges and hot tephra.