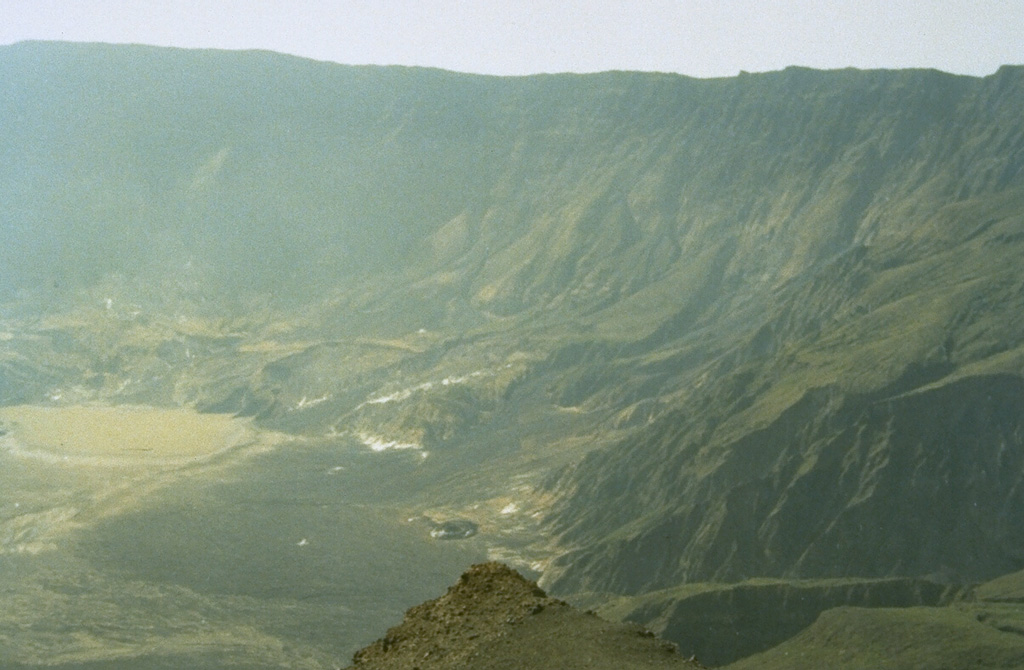 Tambora's caldera, seen here from the western rim, was formed during the eruption of 1815 following the ejection of about 30-50 km3 DRE (dense rock equivalent) of ashfall and pyroclastic flows. This was history's largest explosive eruption and followed low-level eruptive activity that began in 1812. Only a few minor eruptions have taken place since formation of the 6-km-wide and 1,250-m-deep caldera. The last eruption produced a lava flow on the caldera floor and is known only to have occurred sometime between 1947 and 1968.