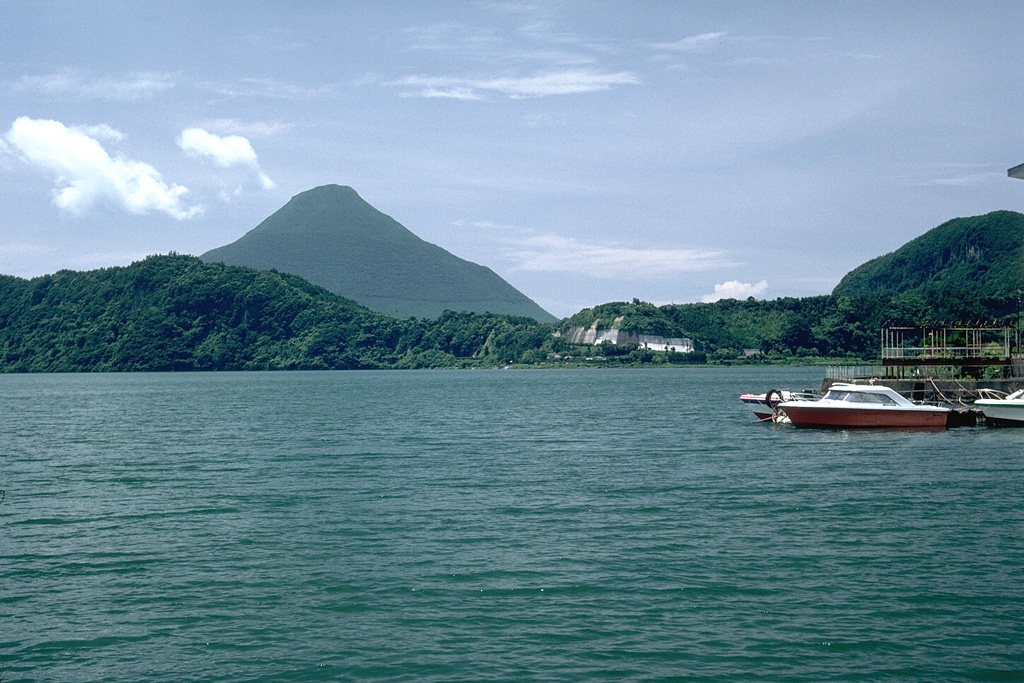 Ikedako is a 4.5-km-wide lake-filled caldera that was formed as a result of a major explosive eruption about 4,600 years ago. Kaimon is the highest peak of the Ibusuki volcanic field, rising to the SW above the caldera rim. The eruption of the 3 km3 Ikeda pumice was the the largest Holocene eruption in the Ibusuki volcanic field, which consists of a group of small central volcanoes and maars, along with Ikedako caldera and Kaimon. 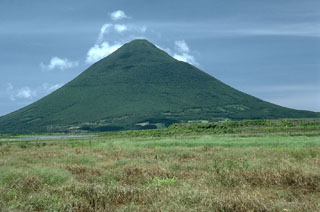