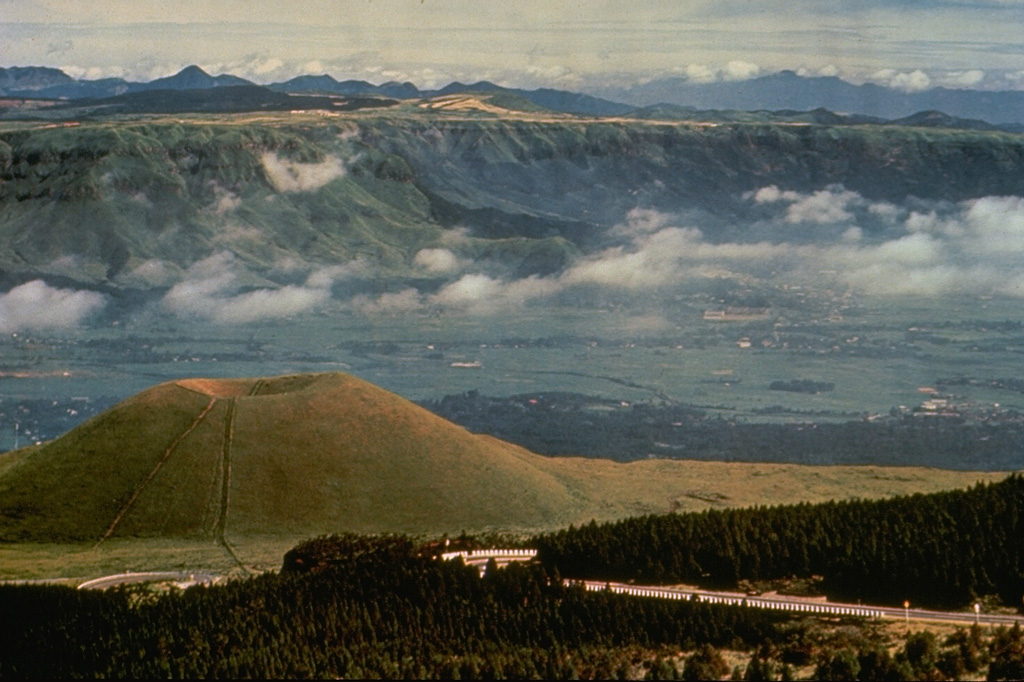 Kometsuka scoria cone (lower left) formed about 1,800 years ago in the Aso caldera complex. Clouds are above the broad caldera floor surrounding the cone complex and the NW wall of the 24-km-wide caldera is visible behind the cone. The caldera formed during four major Pleistocene explosive eruptions between 300,000 and 80,000 years ago.