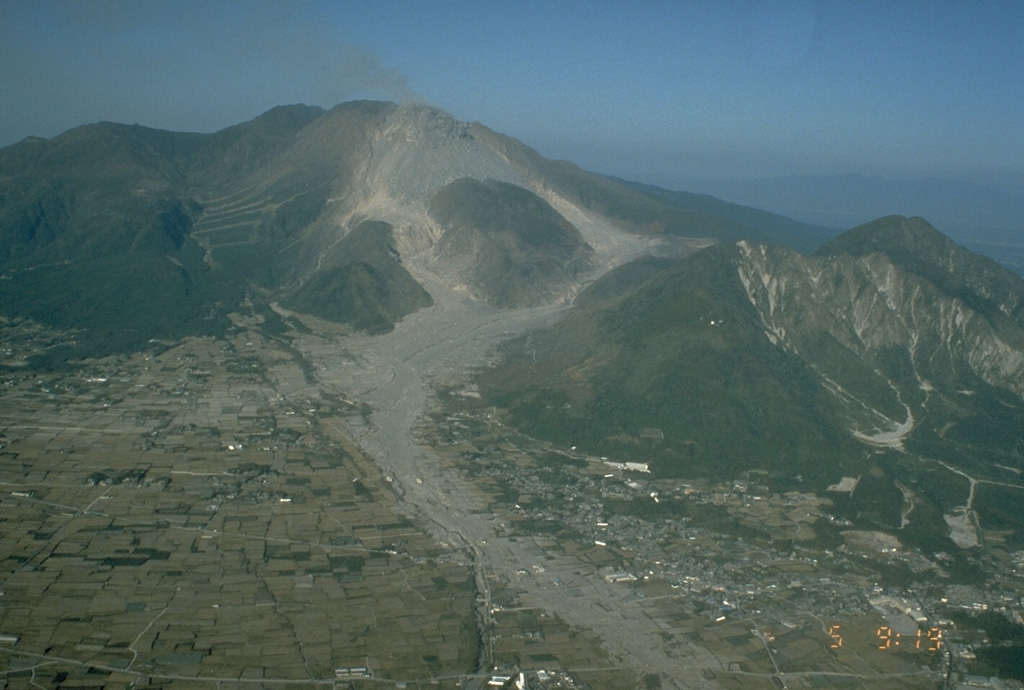 Shichimenzan and Mayuyama are two lava domes that form the forested peaks in this 5 November 1991 view from the SW. Mayuyama, the closest dome, has an E-facing scarp resulting from a major debris avalanche in 1792 that swept into the Ariake Sea. The avalanche produced a catastrophic tsunami that swept the coast of Shimabara Peninsula and traveled across the bay, causing nearly 15,000 fatalities. The light-colored areas in the foreground are 1991 block-and-ash flow deposits.