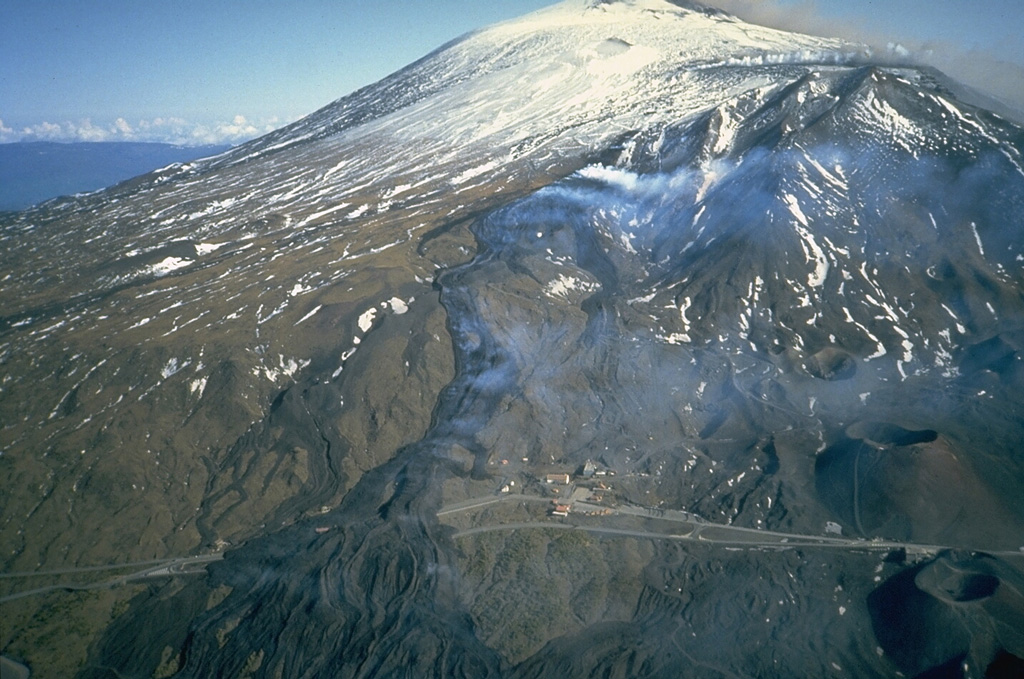 Black lava flows descend the south flank of Etna a week after the eruption began on 28 March 1983 and went on to last for five months. Prominent levees are visible on the surface of the lava flows that crossed a highway and formed a complex lava field as much as 1 km wide. The flows originated from a NNE-SSW-trending fissure 4 km S of Etna's snow-capped Central Crater.