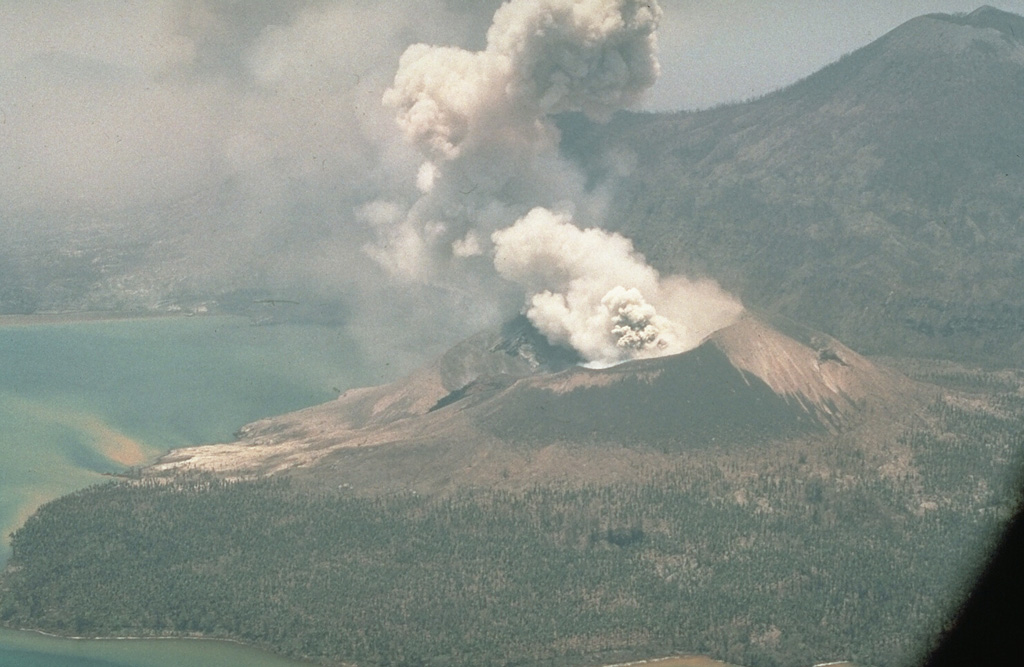 Tavurvur ejects an ash plume in October 1994, following an eruption that began on 19 September. It is seen here from a helicopter with Kombiu volcano (upper right) to the N. Intermittent eruptive activity continued at Tavurvur for several years after the 1994 eruption.