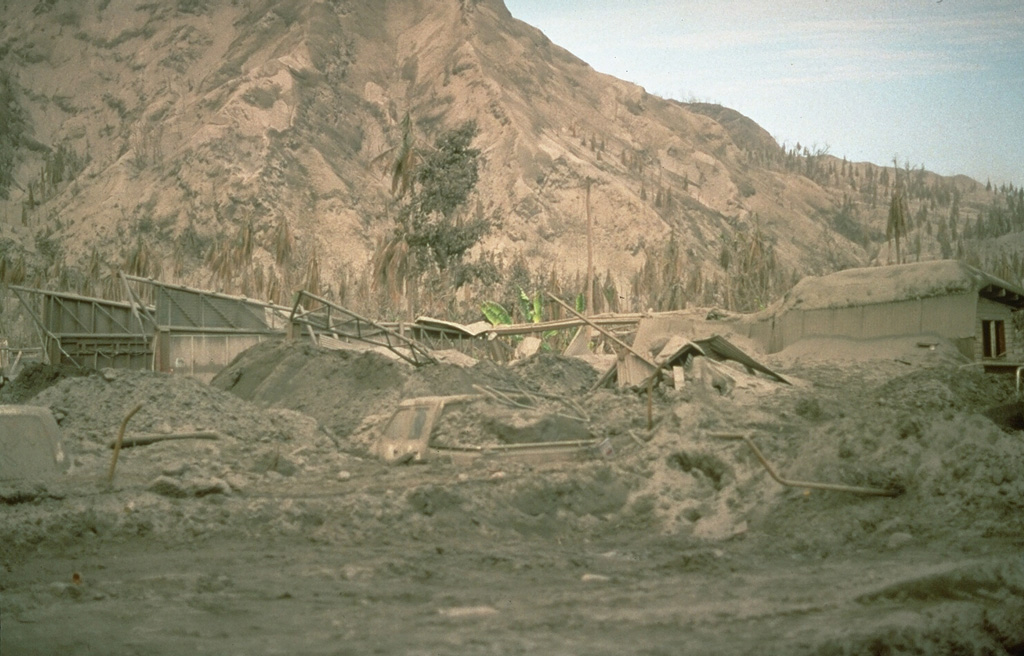 Thick deposits of ash from the 1994 eruption of Rabaul volcano covered the city of Rabaul, partially burying cars and houses. The eruption forced the abandonment of the town, once the largest on the island of New Britain, and a total of 53,000 people were evacuated from the city and surrounding areas. An estimated 30,000 people evacuated the day the eruption began, and the remainder left by land and by sea the following day.