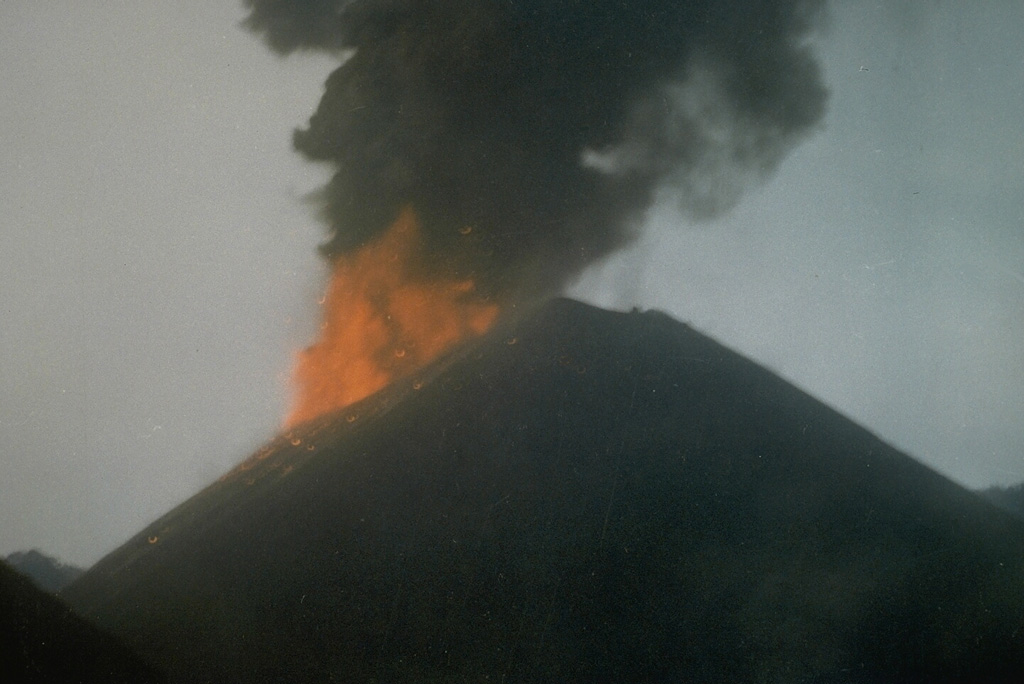 Incandescent ejecta and an ash plume from Strombolian eruptions that began in April 1991 are seen in this 16 May 1991 view of the scoria cone in the center of Barren Island. The 1991 eruption was the first from Barren Island in the 20th century.