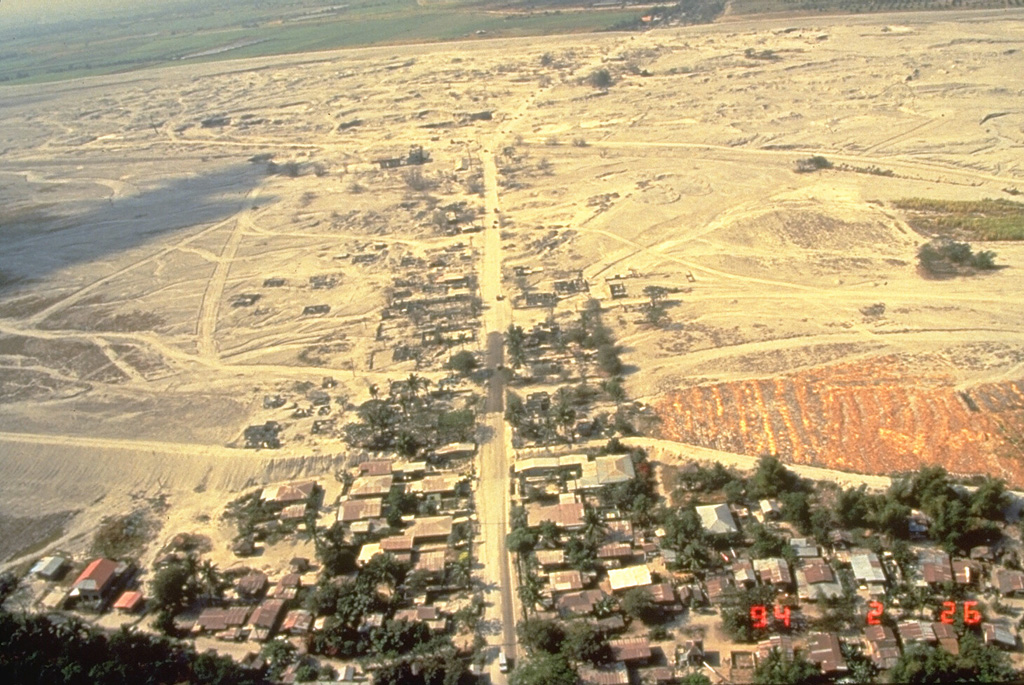 Lahars produced devastating social and economic disruption for many years after the 1991 eruption of Pinatubo in the Philippines. The towns of Barangay Manibaug Pasig in the foreground of this 26 February 1994 view, and Mancatian in the distance, were progressively buried over several years. Construction of lahar levees provided only temporary protection from the massive downstream redistribution of ash and pumice from the 1991 eruption.

Photo by Ray Punongbayan, 1994 (Philippine Institute of Volcanology and Seismology).