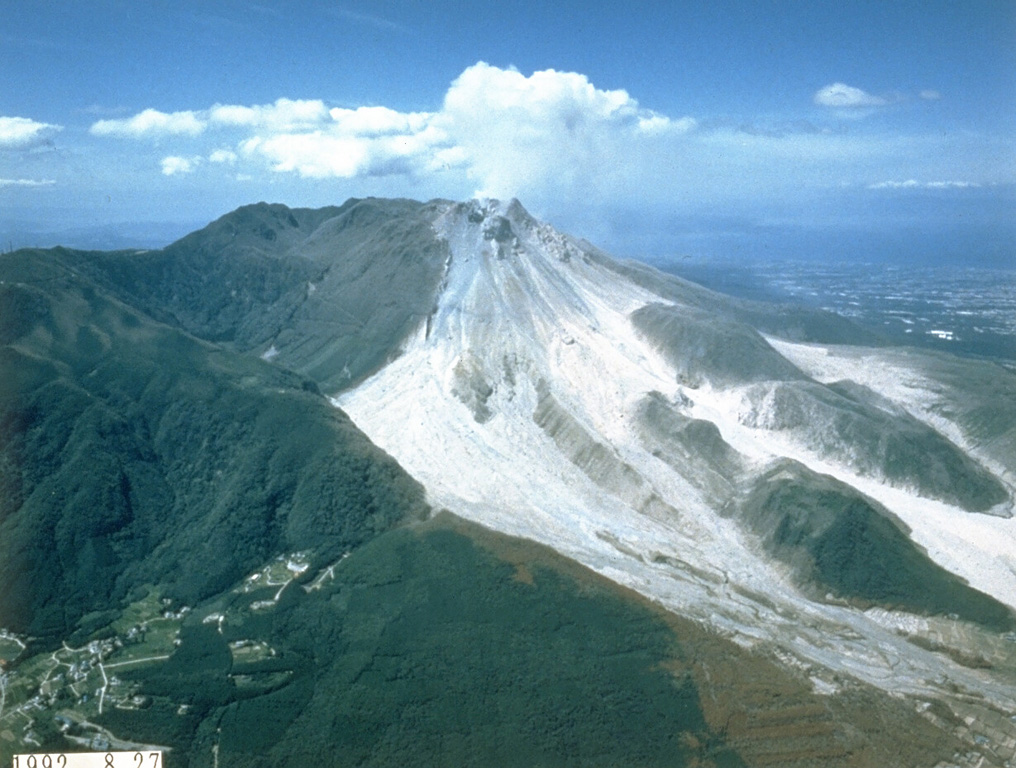 The light-colored area is composed of pyroclastic flow deposits produced by multiple collapse events of the growing lava dome at Unzen. By the time of this 28 August 1992 photo, taken from the SE, pyroclastic flows were traveling down both the Mizunashi valley (center) and the Oshigatani valley (right). Dome growth began in 1991 and continued into 1995.