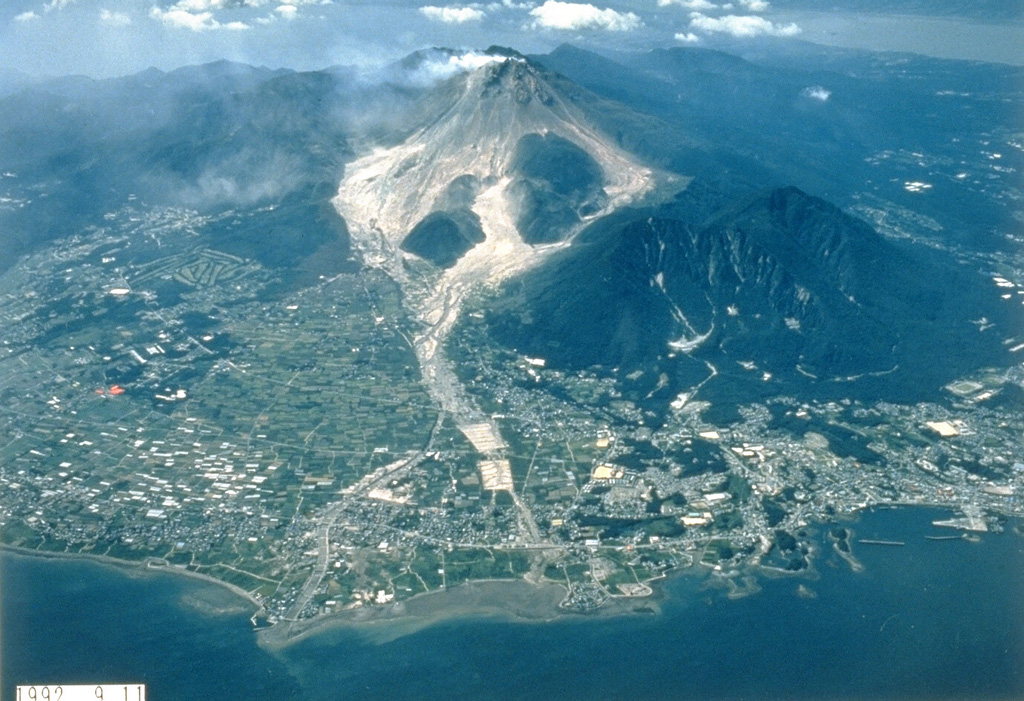 Light-colored block-and-ash flow deposits below the growing Fugendake lava dome are shown in this 11 September 1992 view from the E. Explosive activity began in November 1990 and preceded lava dome growth that began in May 1991. This was accompanied by pyroclastic flows that continued until February 1995 and caused disruption for villages and towns on the outskirts of Shimabara City in the foreground. The two lava domes of Shichmenzan and Mayuyama form the vegetated peaks to the right.