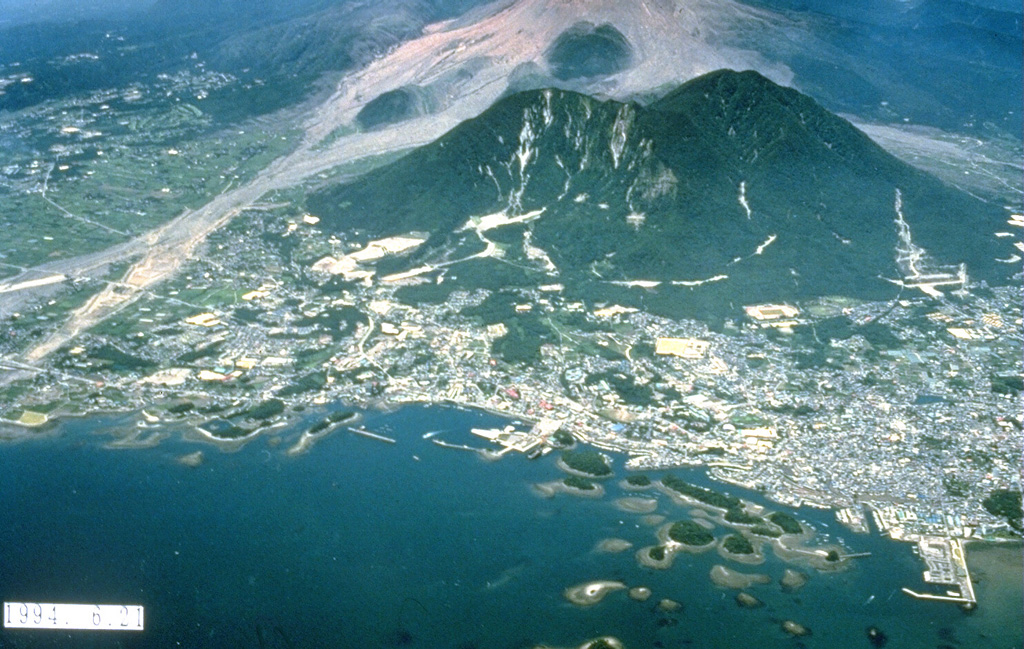 The forested islands in Shimabara harbor in the foreground were created by a massive debris avalanche in 1792 from Mayuyama, the left-most of the two forested lava domes behind the city. The high-velocity avalanche traveled 6.5 km from Mayuama and swept several kilometers out to sea. Impact of the debris into the ocean produced a devastating tsunami that swept 77 km of the shore of Shimabara Peninsula and caused nearly 15,000 fatalities. The light-colored area behind Mayuyama are block-and-ash flow deposits from the 1990-95 eruption.