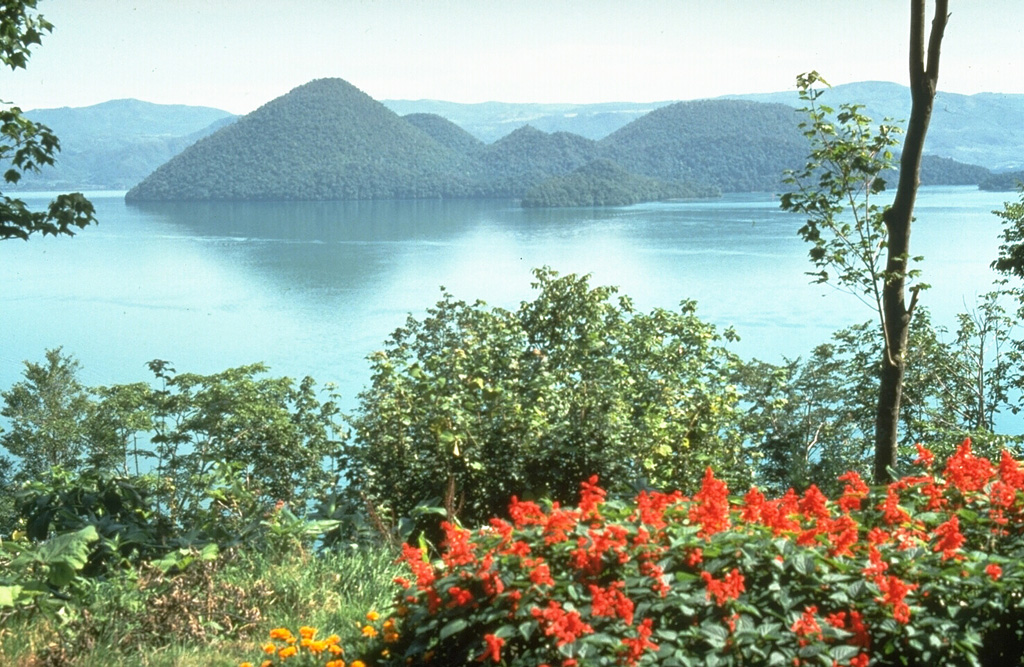 A group of lava domes form Nakanojima, an island in the center of Lake Toya. The lake fills the 10-km-wide caldera, which formed following a major explosive eruption about 110,000 years ago. The photo was taken from the flank of Usu volcano on the southern rim of the caldera.