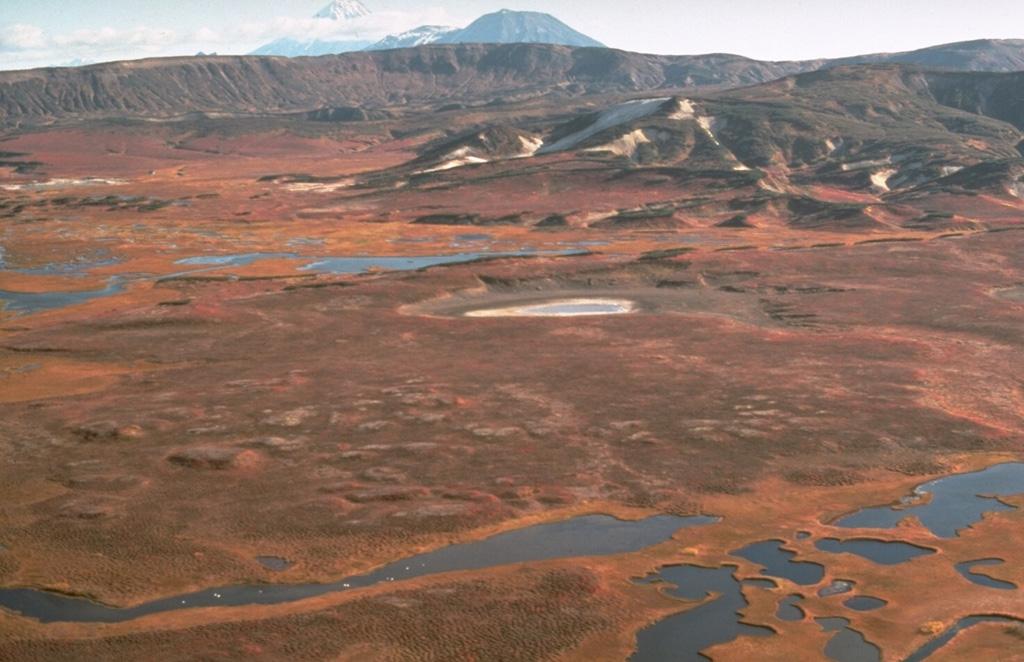 The Uzon and Geyzernaya calderas, containing Kamchatka's largest geothermal area, form a 7 x 18 km depression that formed during the mid-Pleistocene. Post-caldera activity was largely Pleistocene in age, although the Lake Dal'ny maar formed during the early Holocene. This view looks from the SW across the flat caldera floor, which contains numerous lakes, streams, and thermal areas. Sharp-peaked Kronotsky volcano and flat-topped Krasheninnikov volcano appear in the distance beyond the N caldera rim. 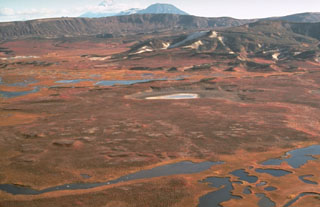