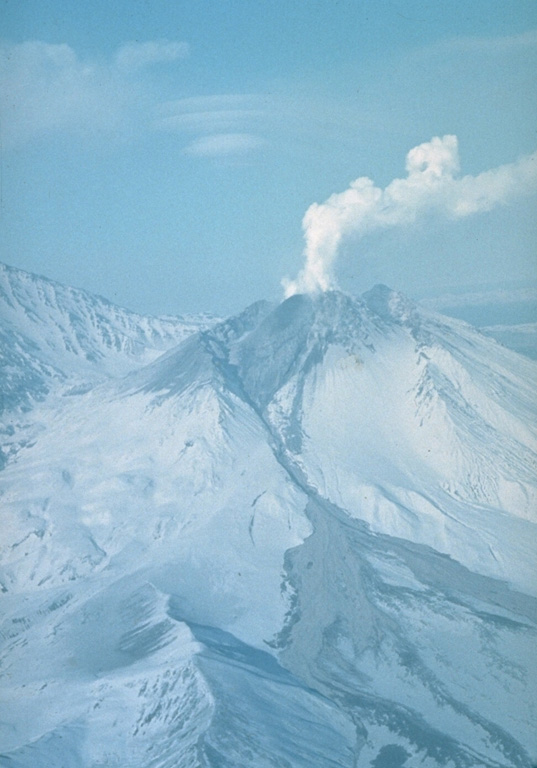 An explosive eruption at Bezymianny that began on 21 October 1993 deposited ash on Bering Island, 515 km to the ESE. Pyroclastic flows from the eruption traveled 14-16 km. Ash plumes rose to 8-15 km on 24 October and additional strong explosions took place on 28 and 29 October. This fall 1993 photo shows the pyroclastic flow and lahar pathways down the eastern flank.