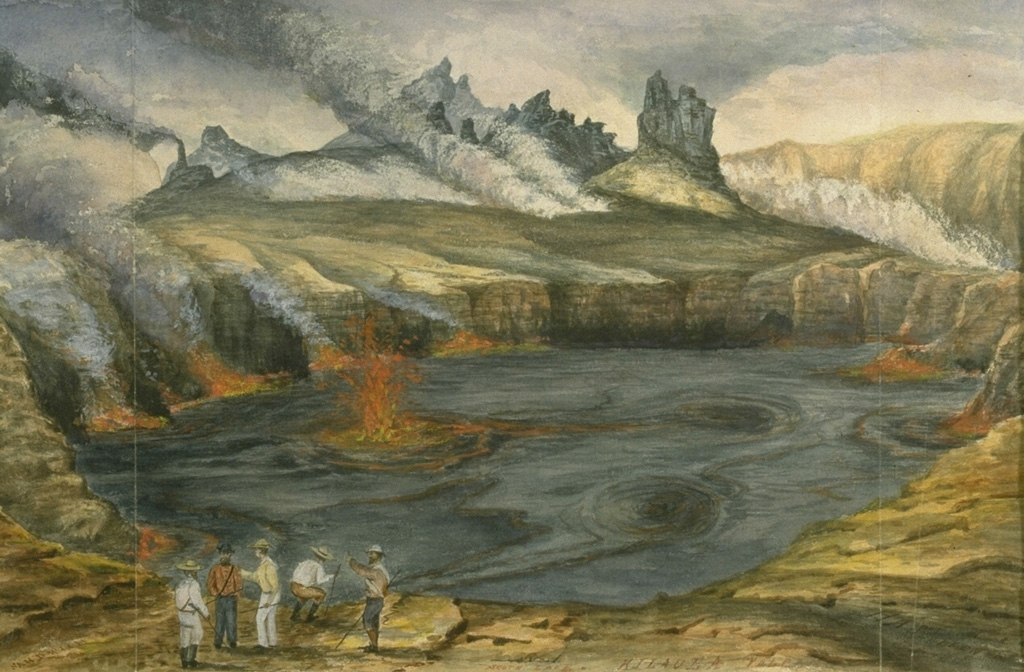 This September 1880 painting shows fountaining from the active lava lake in Halemaumau crater. Lava lake activity within Kīlauea's summit caldera was continuous from at least August 1823 until December 1894. With short periods of interruption, Halemaumau's lava lake remained active for a century before ceasing after an explosive eruption in 1924. This spectacular long-term activity, in which the magma conduit remained at the surface, drew visitors from around the world.