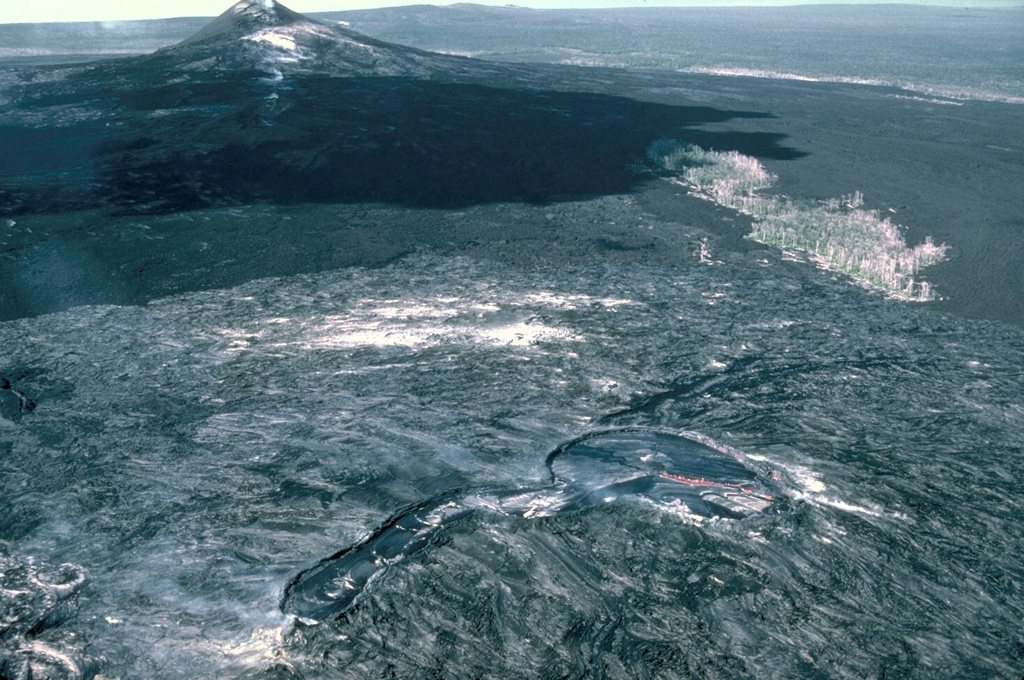 This 13 January 1987 view from the east shows the principal vents of the current eruption on Kīlauea's East Rift Zone, taken four years after the start of the eruption. The Pu‘u ‘Ō‘ō scoria cone to the left formed during the early stages of the eruption. Kūpaianaha to the lower right contains an actively convecting lava lake in this photo. The linear extension in the center foreground is at the head of a lava tube system, which insulated lava flows that reached the coast.