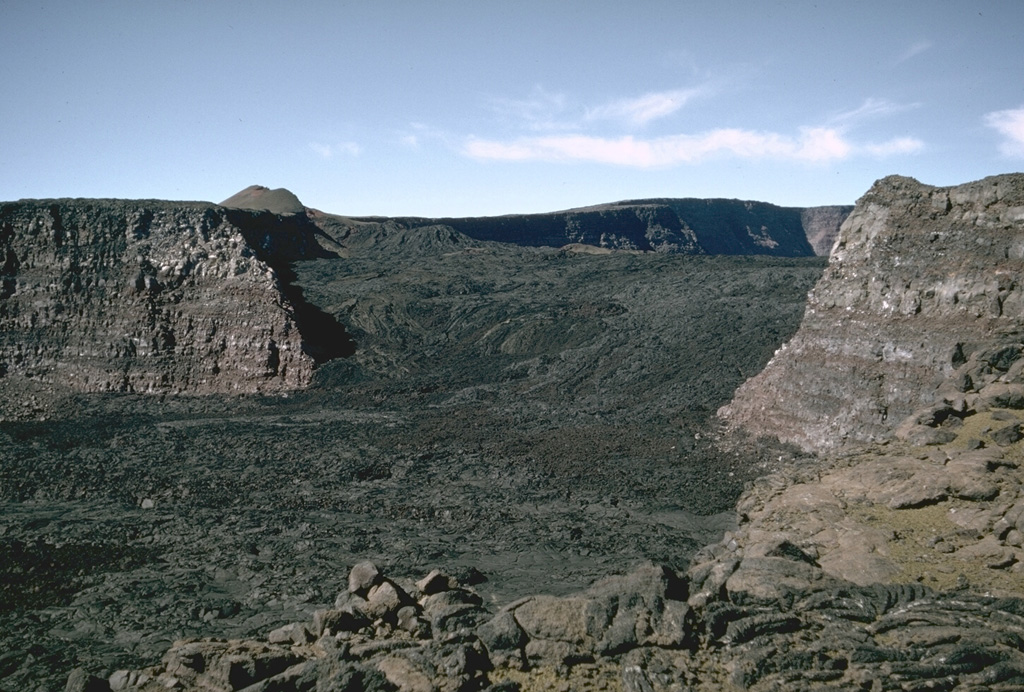 This view looks across Mauna Loa’s South Pit towards Moku’aweoweo caldera in 1966. The lava flows seen here erupted in 1949 within the caldera, then flowed into South Pit after covering the southern caldera floor and continued south for an additional 9 km beyond this crater. The small scoria cone on the horizon was constructed along the main fissure, which fed a lava flow that traveled 11 km down the west flank early in the eruption.