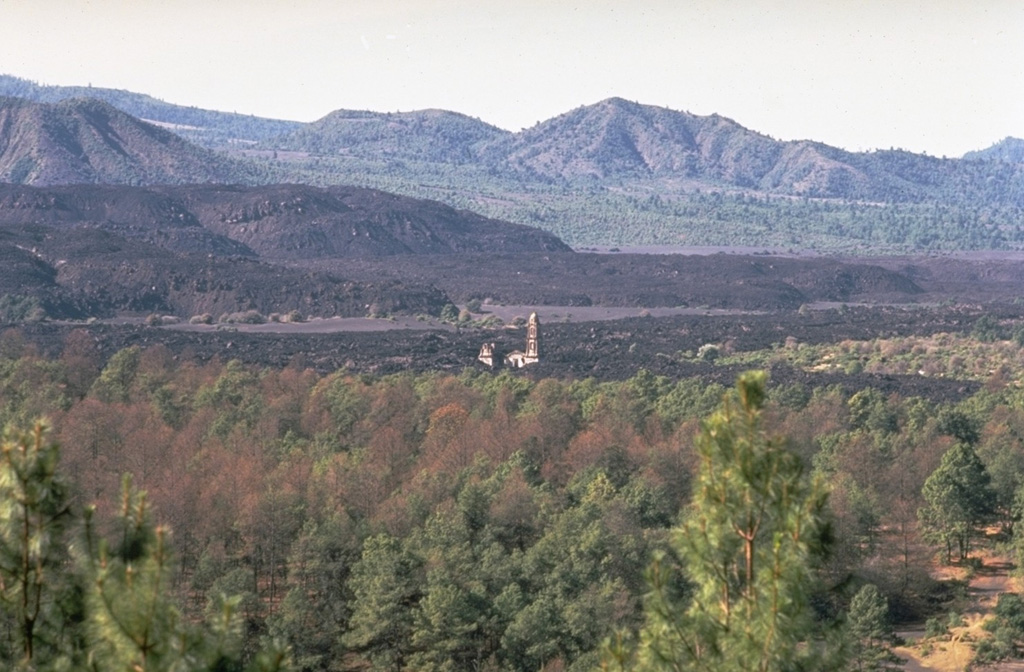 The steeple of the church of San Juan Parangaricutiro rises above surrounding lava fields in the center of the photo, seen here from the NE. The still-unfinished church was inundated by lava in July 1944, a month after flows began advancing into the town. The unvegetated, steeper-sided lava flows in the background were erupted later during 1944-46.