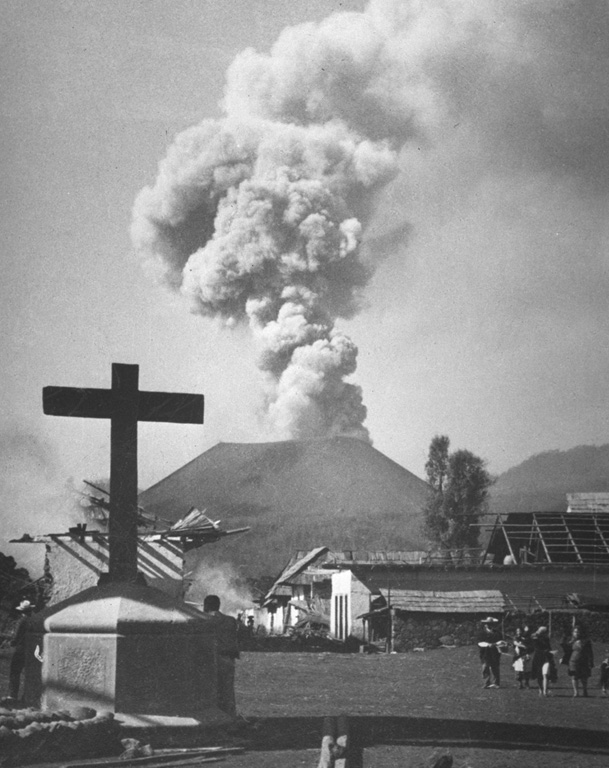 Villagers observe an ash column rising above Parícutin in 1944 beyond the streets of San Juan Parangaricutiro, soon to be overrun by lava flows from the volcano. In June and July 1944 lava advanced slowly through the town, which was incrementally evacuated under the relentless onslaught of the lava. Many residents, with a deep attachment to the land, stayed until the lava overran the last segments of their property.