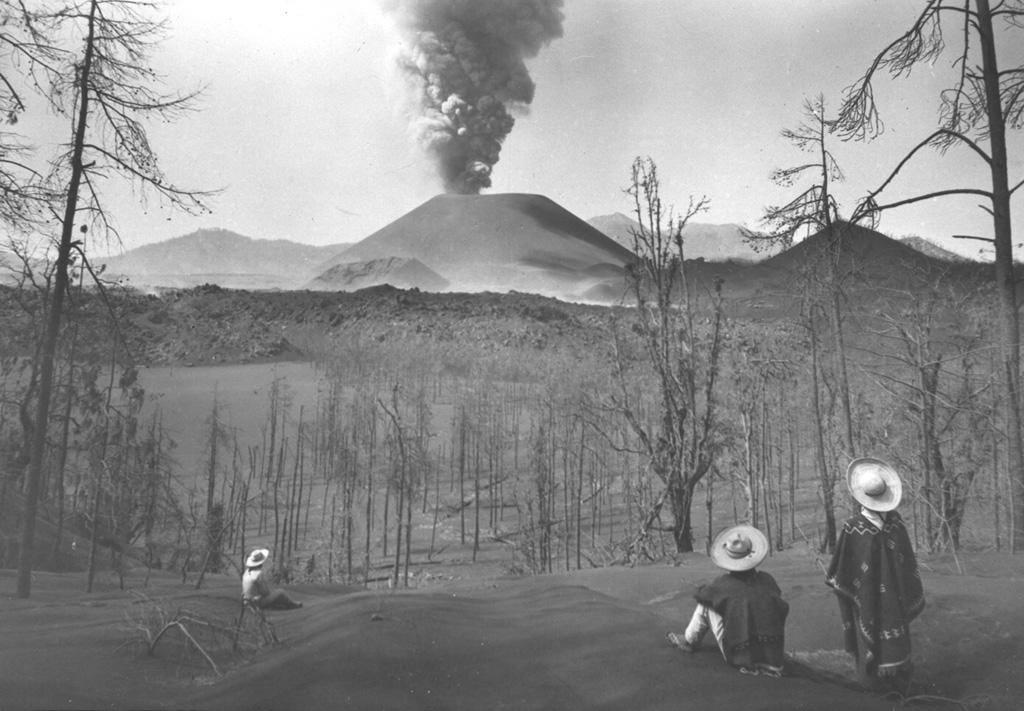 Tarascan Indians observe Parícutin volcano from Cerro de Equijuata, 2.5 km NNE, in March 1944, a little more than a year after the eruption began. The then-extinct parasitic cone Sapichu appears at the NE (left-hand) base of the cinder cone. The rugged lava flows of June 1943 occupy the middle of the photo. Heavy ashfall has defoliated trees, and a thick blanket of ash mantles the landscape.