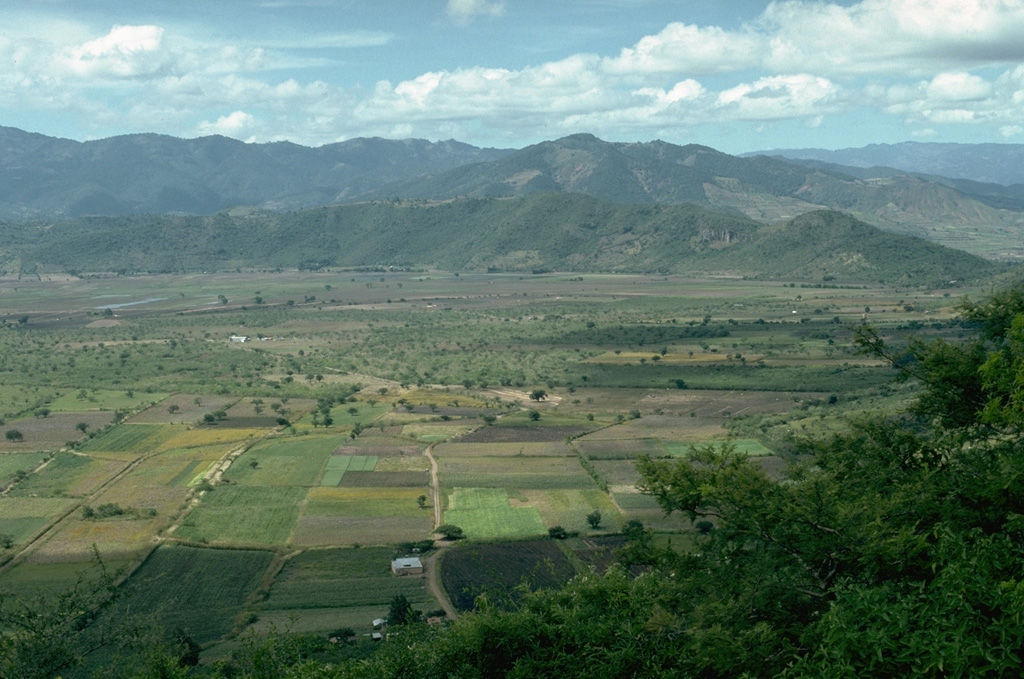 Retana caldera, between Suchitán and Tahual volcanoes, was once filled by Laguna Retana. The lake periodically became dry and was refilled in the 19th and 20th centuries and has now been drained to access the rich soils on the lake floor. A canal drains the lake through a notch on its northern rim (far right). The caldera is seen here from its eastern rim, on the flank of Suchitán. Volcán Tahual is the forested volcano just behind the caldera wall and to the right. 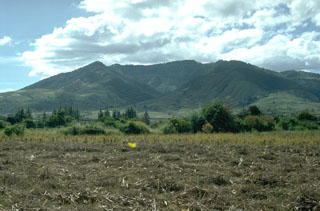 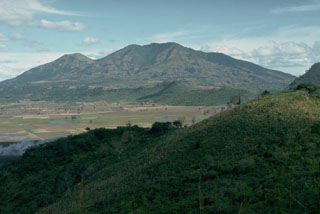