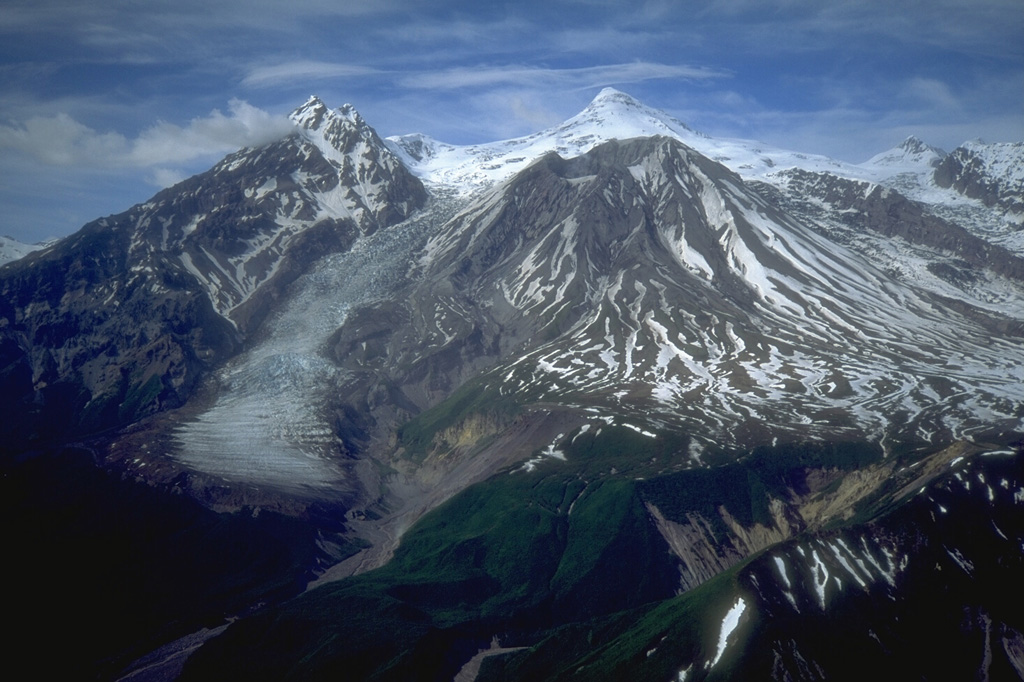 During the late Pleistocene or early Holocene Mount Spurr underwent flank collapse, resulting in the 5-6 km crater that opens to the south shown here in 1993. The collapse produced a debris avalanche that traveled at least 25 km from the summit. The snow-covered peak (center) is a post-collapse lava dome. Crater Peak, in front of it, has been the source of frequent Holocene eruptions.