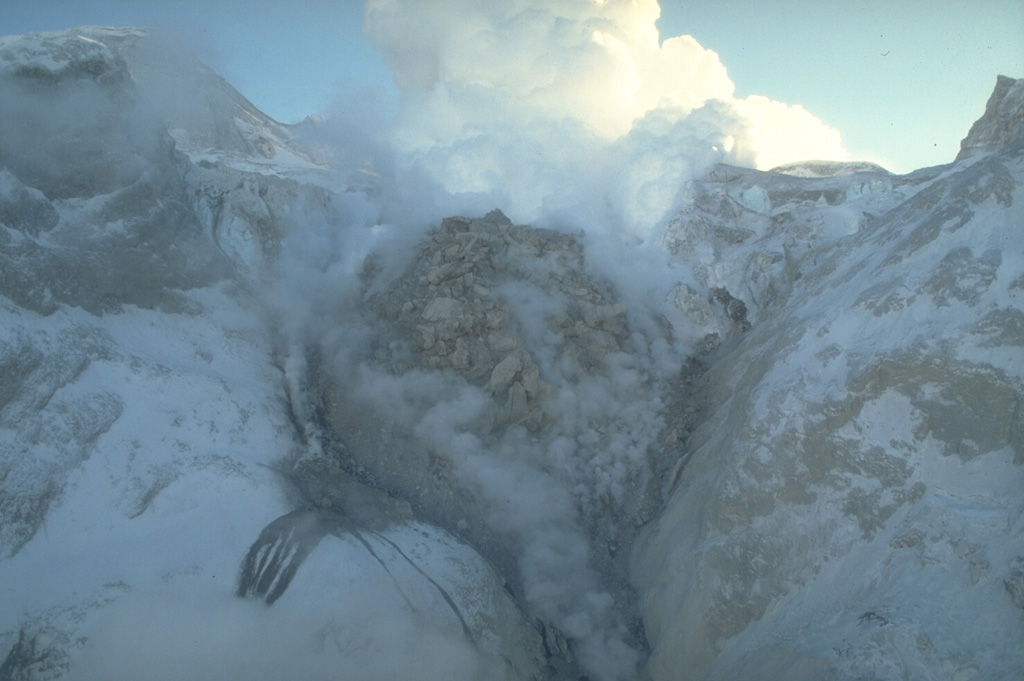 The 1989-90 eruption of Redoubt was characterized by repeated growth and destruction of lava domes from a vent on steep slopes in the summit crater. This view from the north on 2 February 1990 shows the second largest lava dome, which was destroyed during an explosive eruption on 15 February.