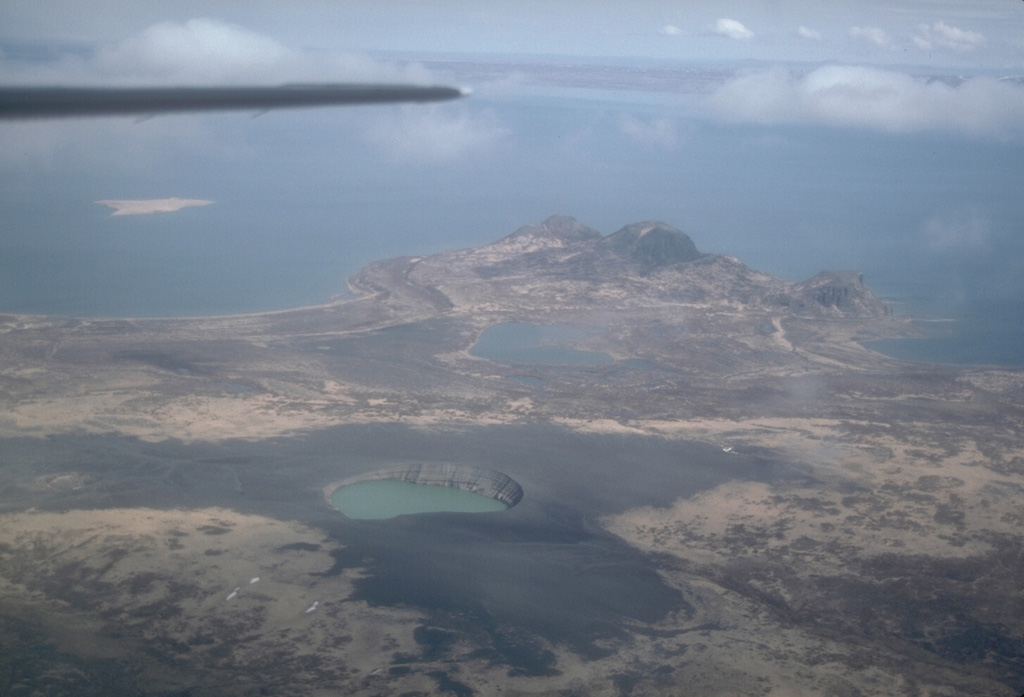 Ukinrek Maars are two explosion craters that were created in an area without previous volcanic activity during a phreatomagmatic eruption March-April 1977. A greenish lake fills East Maar, the largest of the two in this 1994 view from the south. East Maar and the smaller West Maar, within the dark tephra deposit near the left margin, formed during a 10-day-long eruption that began on 30 March 1977. Gas Rocks, an older glaciated volcanic center, forms the peninsula extending into Becharof Lake in the background.