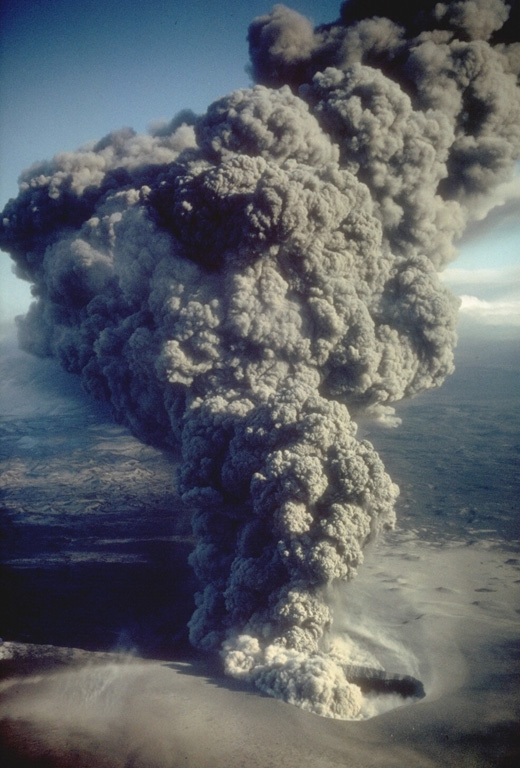 An ash plume rises above the eastern crater of the newly formed Ukinrek Maars on 6 April 1977. West Maar was formed during the initial days of the eruption that began on March 30. Three days later explosions began at East Maar, 600 m away. At the peak of the eruption ash plumes reached up to 6 km above the vent. On the 4th day of the eruption a lava dome appeared within East Maar.