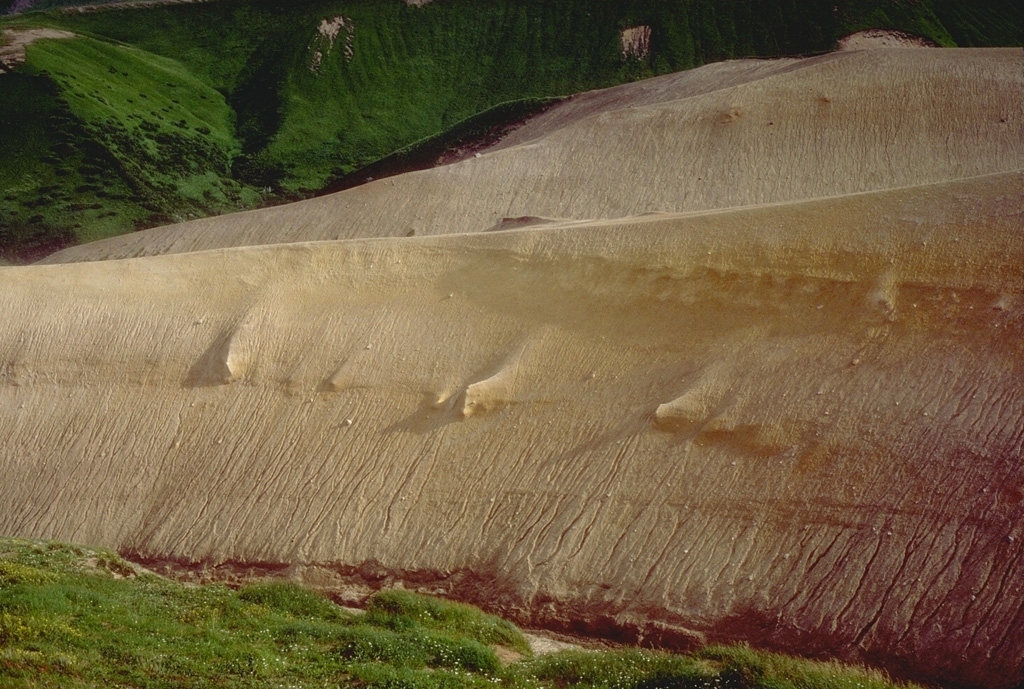 This outcrop exposes a thick pyroclastic flow deposit from an eruption that formed a small caldera on the eastern edge of Black Peak volcano. This major eruption occurred about 4,200 to 4,700 years ago and filled adjacent valleys to depths of up to 100 m. The ice-free caldera on the highly eroded volcano contains two small lakes and a complex of lava domes. 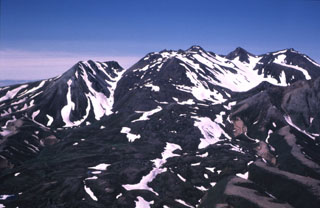