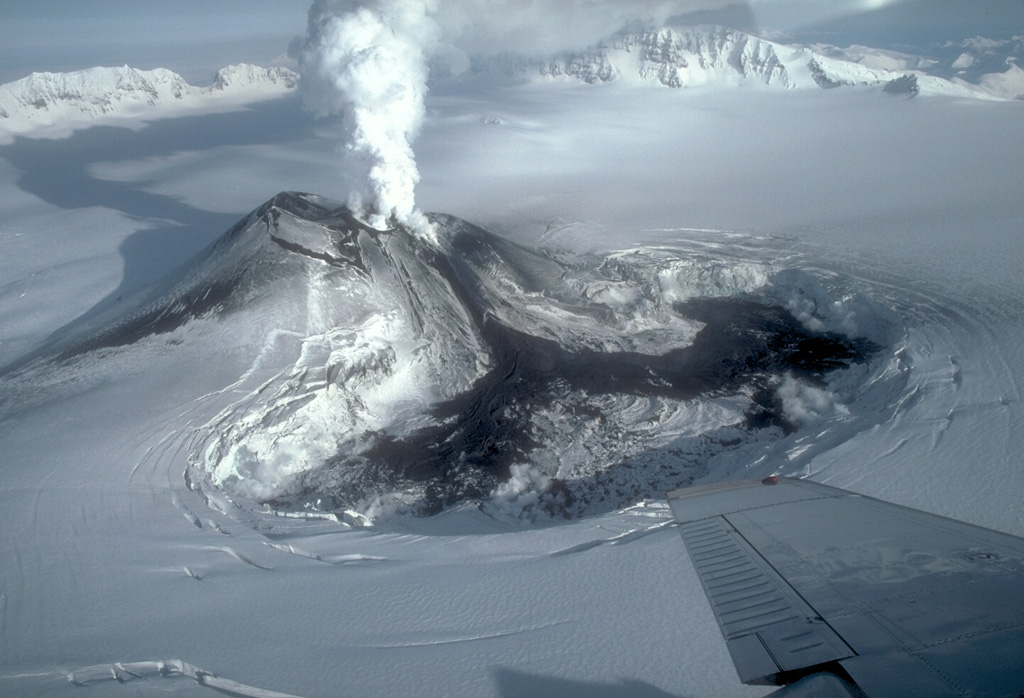 On 23 January 1984 this black lava flow erupted from a scoria cone in the west side of Veniaminof caldera, traveled down the south flank, and diverged into two lobes as it melted through glacial ice on the caldera floor. Strombolian eruptions began on 2 June 1983 and continued until the end of the eruption on 17 April 1984. By the time of this photo the lava flow had melted a depression about 1 x 2 km wide and 120 m deep. The NE caldera wall rises 500 m above the icecap in the distance.