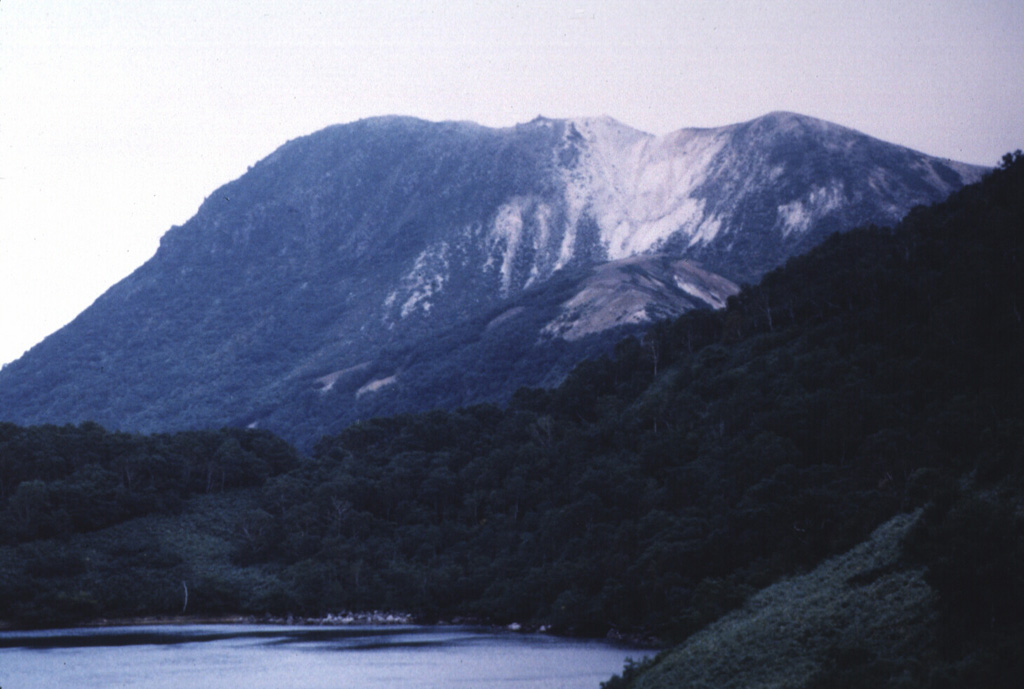 Onuma lake in the foreground is surrounded by Iwaonupuri (background), Nitonupuri, and Waisuhorun volcanoes. The latter two are located on the NW slope of Iwaonupuri. The younger lava dome (to the left) of Iwaonupuri overlies the older dome to the right. The contact is at the white altered area in the right-center. The eastern slope of Nitonupuri lava dome is seen at the right foreground. 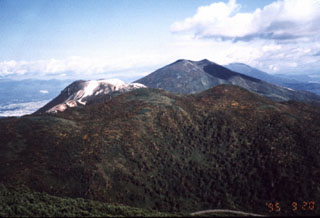