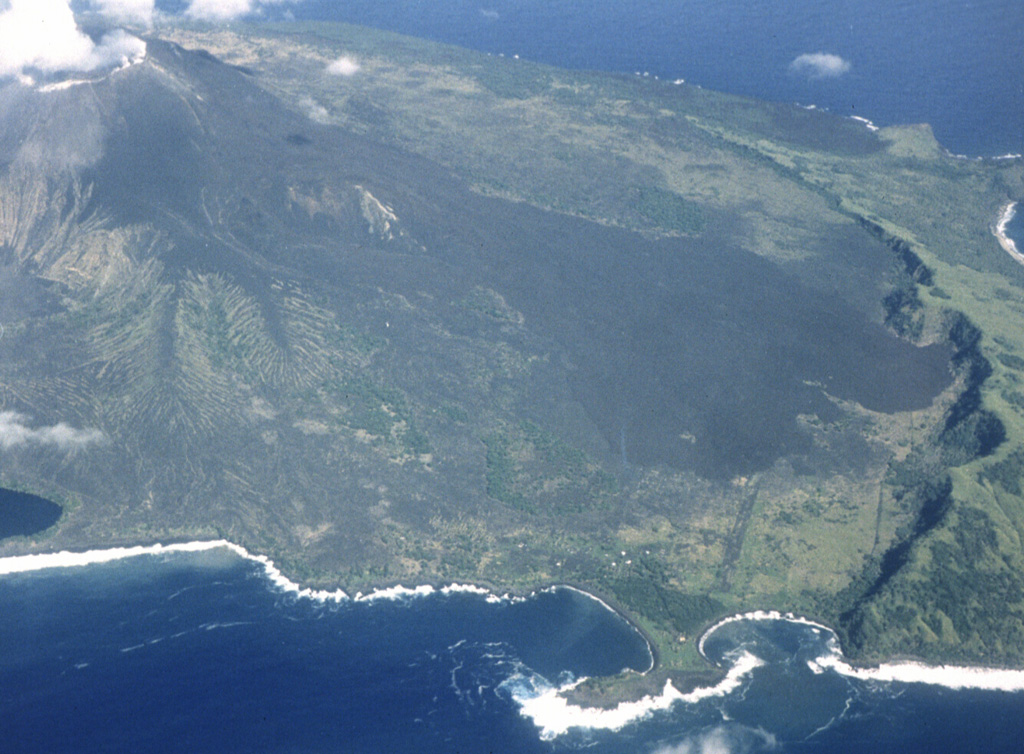 An aerial view of Pagan volcano from the W in August 1981 shows dark lava flows from the May 1981 eruption that descended the S flank as far as the arcuate caldera wall. The flows originated from a vent along a notch on the south rim of the summit crater early in an eruption that began on 15 May. This was the southernmost of three vents that were active during the 1981 eruption.