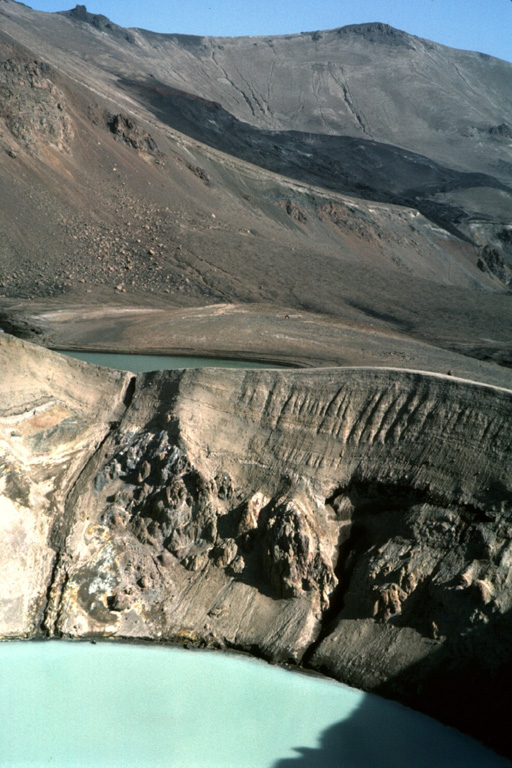 The 200-m-wide Viti maar crater, filled with a turquoise lake, was formed by phreatic explosions following a major Plinian eruption at Askja on 28-29 March 1875. Note the fault cutting the crater wall on the left. The dark lava flow in the background erupted from a vent on the NE caldera wall in 1921 and entered 4.5-km-wide Öskjuvatn lake, out of view to the right.