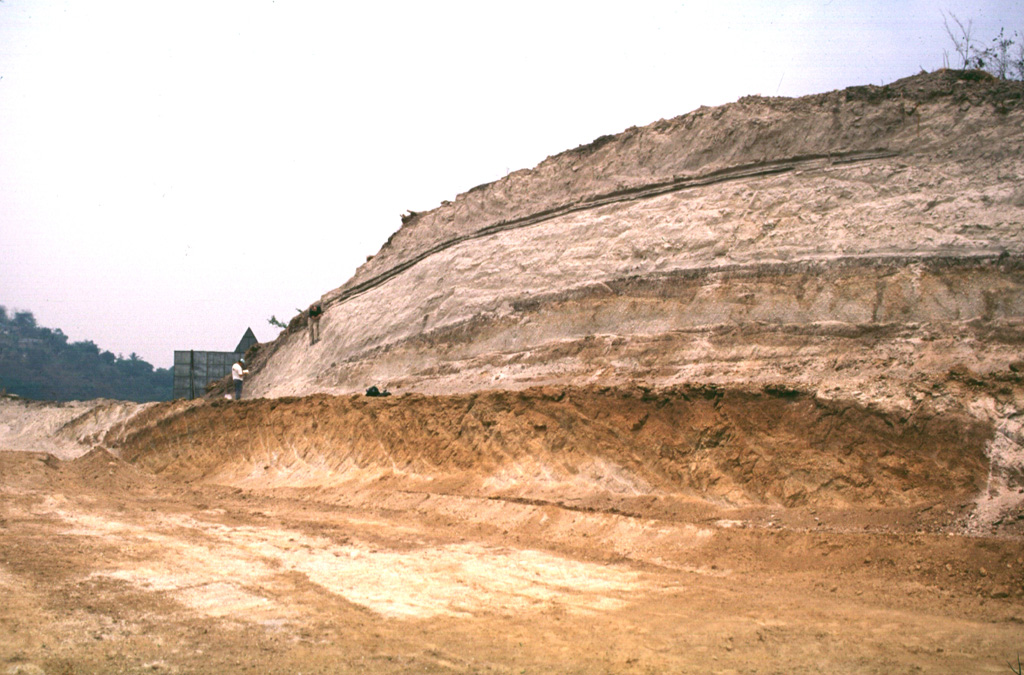 Four major pyroclastic units associated with the incremental formation of Ilopango caldera are exposed in this quarry. The Tierra Blanca (White Soil) unit that was emplaced over much of central and western El Salvador consists of (from bottom to top) the Pleistocene TB4 (the orange-colored unit at the base), TB3, and TB2 units (separated by thin soils), and the Holocene TBJ unit. The latter is called the Tierra Blanca Joven (the young Tierra Blanca) and was erupted about 1,500 years ago. Note the geologist on the left side of the outcrop for scale.