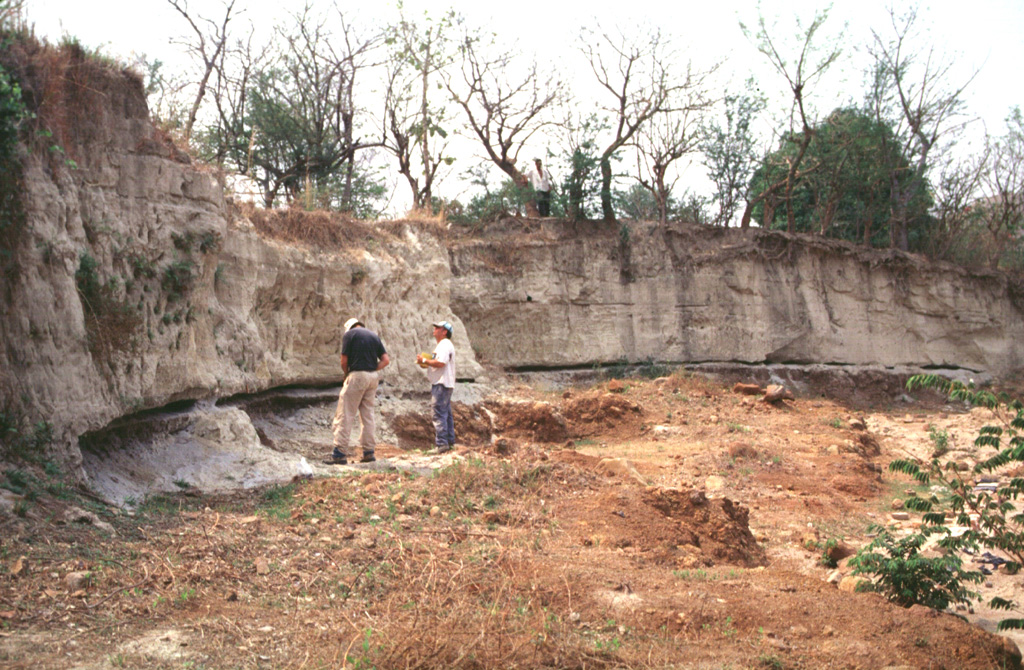 Geologists investigate an outcrop of the Tierra Blanca Joven (TBJ) formation about 10 km SE of Ilopango caldera where it originated. The TBJ was produced during the last of four major explosive eruptions that formed the caldera and deposited pyroclastic flows, ashfall, and pumice across much of central and western El Salvador. The eruption destroyed early Mayan cities and forced their abandonment for decades to centuries. Trade routes were disrupted, and the centers of Mayan civilization shifted from the highland areas of El Salvador to lowland areas to the north and in Guatemala.