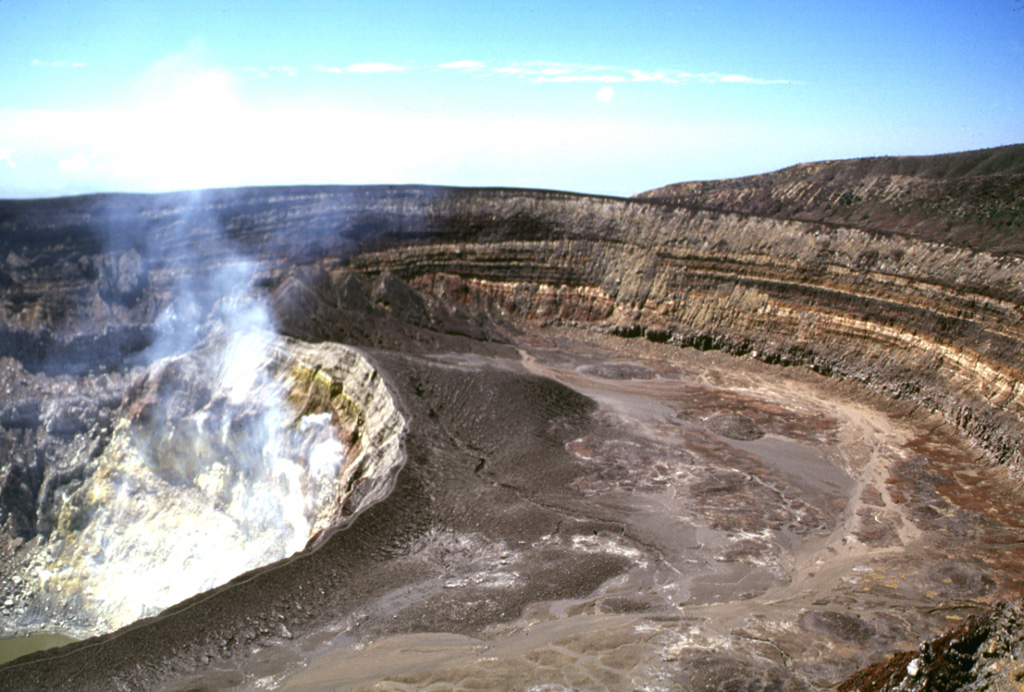 Several nested craters are found at the summit of Santa Ana volcano. Steam rises from fumaroles on the steep-sided NE wall of an inner crater, which cuts the flat-bottomed floor of a roughly 900-m-wide crater. The 80-m-high walls of this crater expose bedded tephra layers from phreatomagmatic eruptions. The walls of the two outer craters, which are breached to the SW, appear at the upper right.