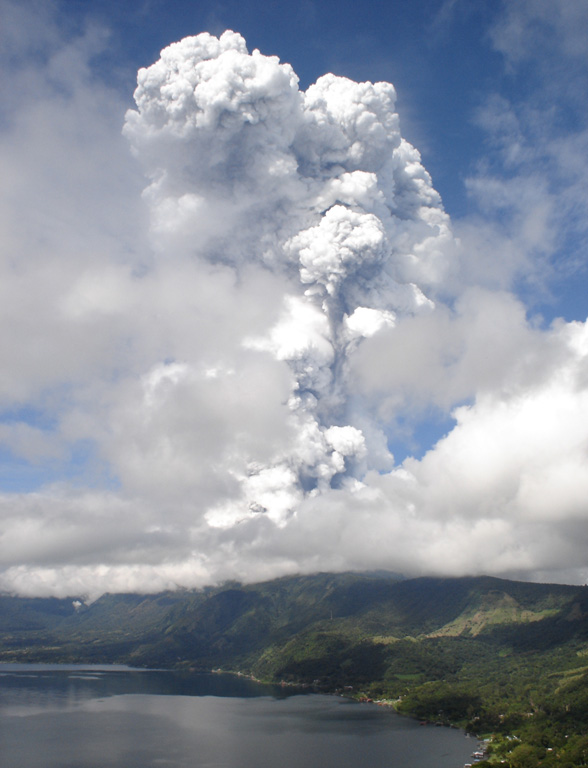 An eruption plume from Santa Ana volcano towers above Coatepeque caldera lake. The brief, one-hour-long explosive eruption the morning of October 1, 2005 produced gas-and-ash plumes that rose 10 km or more. Ash fell in towns west of the volcano and extended into Guatemala; ashfall caused damage to coffee plantations. Volcanic blocks up to a meter in diameter fell as far as 2 km south of the summit. Lahars descended valleys on the flanks of the volcano.