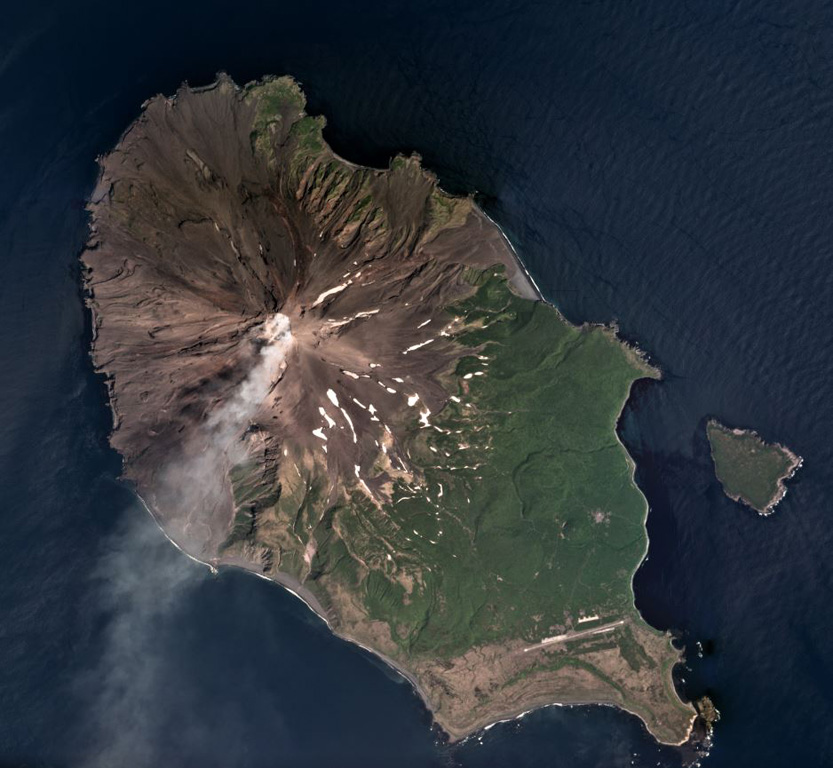 A gas plume is dispersed to the SW of Sarychev Peak in this July 2018 Planet Labs satellite image monthly mosaic (N is at the top; this image is approximately 12 km across). It forms the NW part of the 12 x 6 km Matua Island in the Kurile islands and is one of the most active volcanoes in the area. Lava flows and pyroclastic flow deposits have been emplaced across the flanks, with some pyroclastic flows having reached the sea during explosive eruptions. To the SW of the current edifice is the rim of an older caldera.