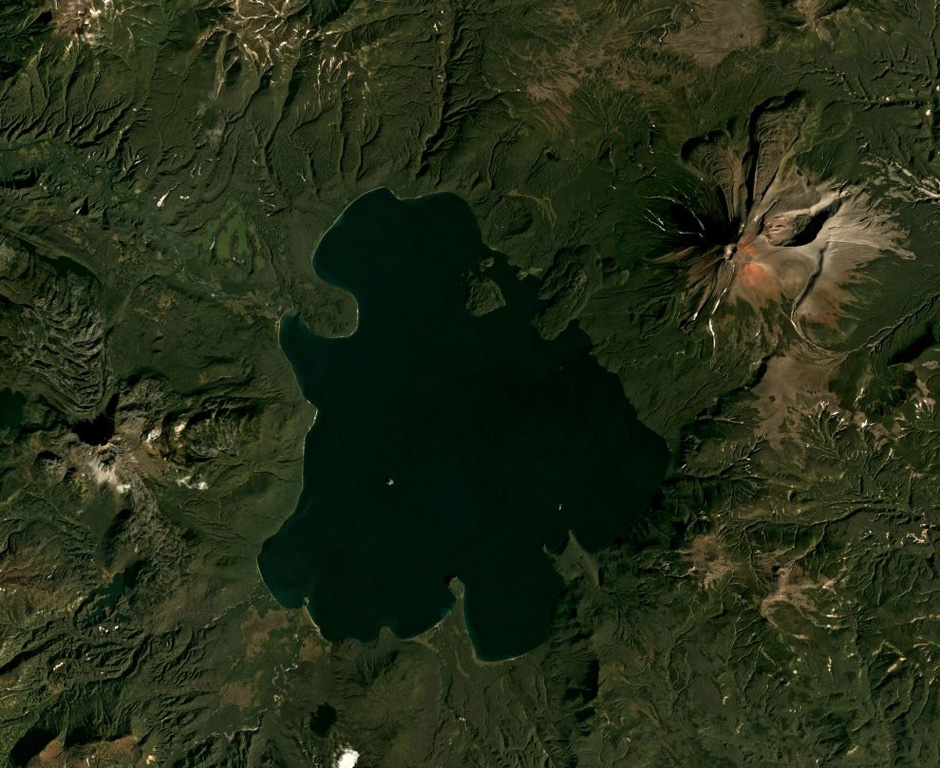 The Kurile Lake caldera, with Iliinsky volcano to the NE of the lake and Diky Greben to the W, is shown in this September 2019 Planet Labs satellite image monthly mosaic (N is at the top; this image is approximately 22 km across). The caldera formed during two large eruptions, with the more recent 7,600 14C yr BP eruption being one of the largest Holocene eruptions around the world. Surrounding the lake are the resulting ignimbrite deposits with some outcrops reaching 150 m thick.