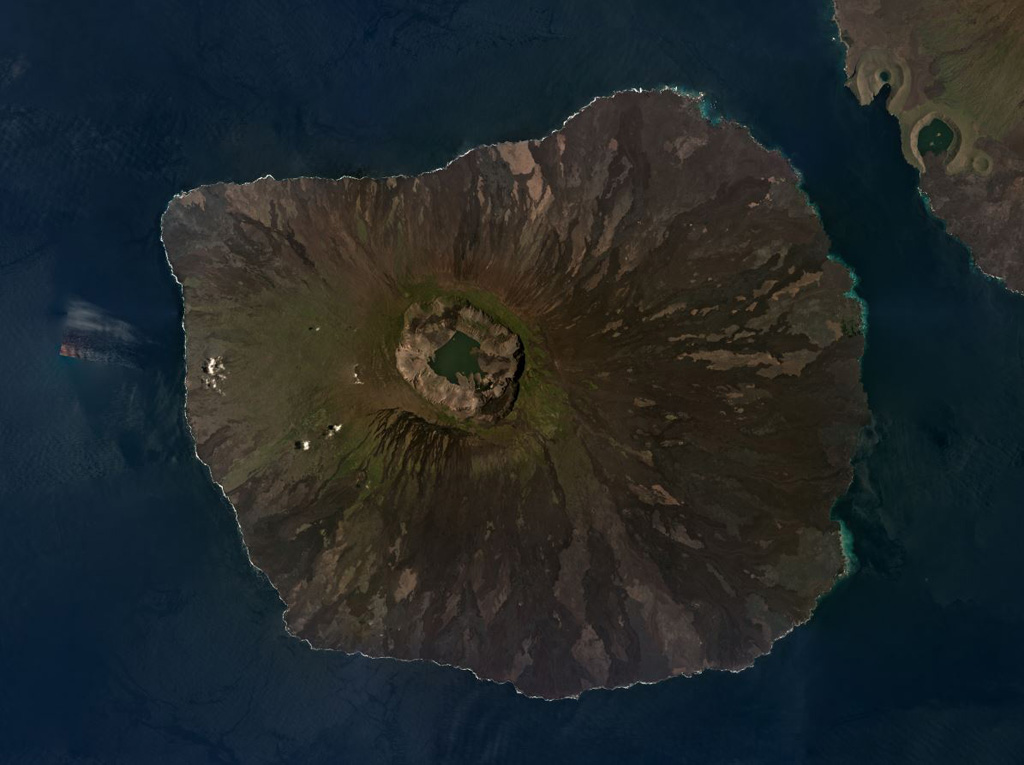 The Fernandina shield volcano in the Galapagos Islands has a roughly 5 x 6 km summit caldera seen in this March 2019 Planet Labs satellite image monthly mosaic (N is at the top). Frequent eruptions often produce circumferential fissures near the caldera as well as fissures on the lower flanks that feed lava flows, many of which are visible in a radial pattern around the flanks. Lava flows and collapse events around the caldera walls modify the caldera floor, which has a lake at the time of this image acquisition.