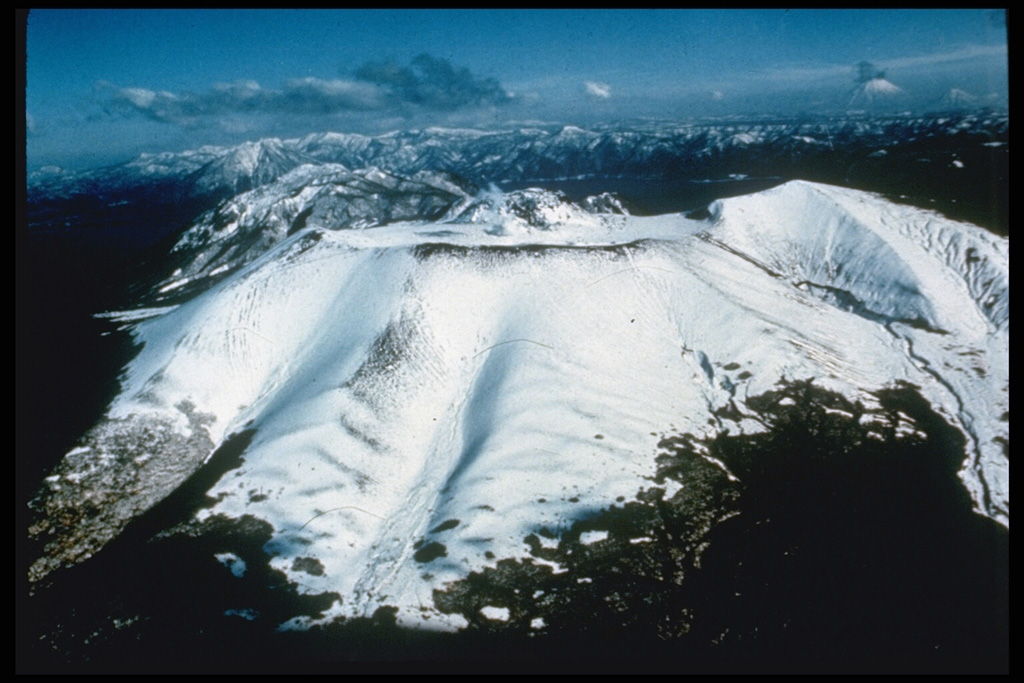 
There is data available for 41 confirmed Holocene eruptive periods.

JMA (2013) described a phreatic summit eruption with ashfall on 4 January 1885, followed by small eruptions on 8 and 10 January. Another summit eruption on 26 March had a volcanic plume "slightly less" than the January activity. 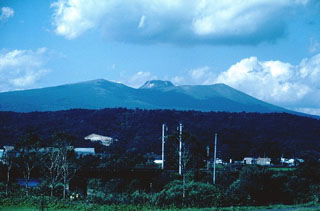 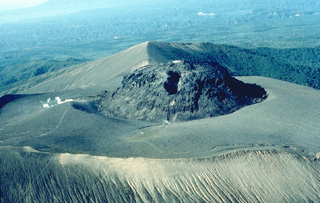 The flat-topped lava dome at the summit of Tarumai volcano was formed during an eruption in 1909. Frequent explosive eruptions took place from January 11 until April. On April 19 the new lava dome appeared. The dome grew to a height of 130 m and a width of 450 m. This 1981 photo views the dome from the NE. 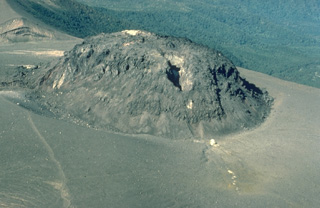 A 130-m-high lava dome was emplaced at the summit of Tarumai volcano on Hokkaido in 1909. The dome grew rapidly near the end of an explosive eruption that began on January 1. An eruption in 1917 produced the fissure that cuts diagonally across the dome. Subsequent eruptions have occurred along this fissure and at other locations on the summit and flanks of the dome. 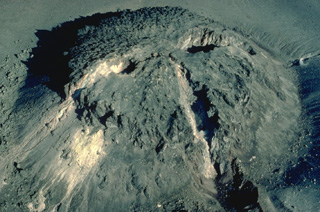 This face-like feature is formed by fissures cutting across a lava dome at the summit of Tarumai volcano on the northern Japanese island of Hokkaido. Two sets of fissures transect the dome, the one trending N30W (lower right) forming the "nose," and the other trending N60E. The lava dome dates to an eruption in 1909. The N60E fissure was formed during an eruption in 1917; later localized eruptions formed the "eyes." 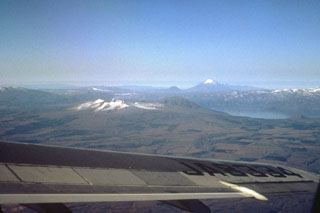 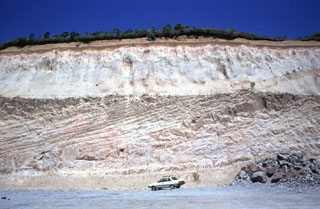 These thick pyroclastic flow deposits were produced during the major eruption that formed the 13 x 15 km Shikotsu caldera. The eruption produced 125 km3 of rhyolite tephra and pyroclastic flows. Pyroclastic flows traveled as far as 40 km, reaching the Pacific coast over a broad area. This outcrop is located 15 km ENE of the caldera. 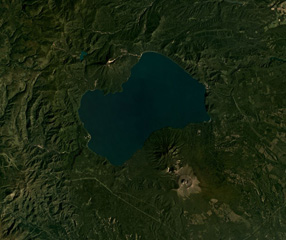 The 14 x 12 km Shikotsu caldera is shown in this September 2019 Planet Labs satellite image monthly mosaic (N is at the top; this image is approximately 28 km across). Tarumae is the cone on the SE rim of the caldera with a roughly 1.5-km-wide crater containing a lava dome. Between Tarumae and the caldera lake is the eroded Fuppushi cone. On the opposite (NW) side of the caldera is the Eniwa cone.