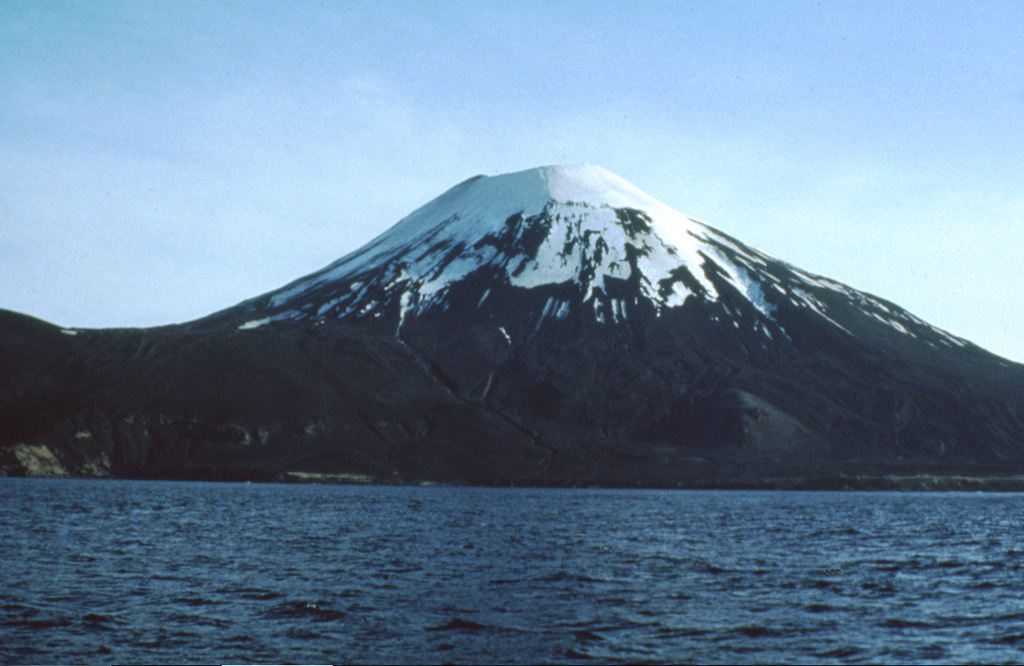 The Global Volcanism Program has no Weekly Reports available for Amukta.

At about 1000 on 28 August pilots Charles Kozler, Wayne Russell, and George Wooliver (Reeve Aleutian Airways) reported an eruption plume reaching 10.5 km altitude in the vicinity of Amukta, drifting WNW. The FAA issued a NOTAM warning pilots to stay 25 miles [40 km] from Amukta Island. Heavy weather clouds covered Amukta Island so its activity could not be directly observed. Mt. Cleveland, 100 km ENE, was apparently active that same morning and winds were blowing in the direction of Amukta (see Mt. Cleveland 12:08). The origin of the large cloud remains both uncertain and controversial at the time of this report.

On 4 September Wooliver observed a small dark ash plume rising at least 300 m above the summit of Amukta then drifting as much as 1 km NW. Only the NW flank was visible because of cloud cover. His observations were made from 9,750 m altitude from nearly 120 km N. Wooliver has flown in the Aleutian Islands since the 1950's and is experienced at observing eruptions.

On 18 September AVO received a pilot report of a small ash plume above Amukta. An Alaska Airlines pilot noted black and gray ash clouds rising ~300 m above the summit crater during overflights on 17 and 18 September. The ash plumes extended ~16 km S over the Pacific Ocean before dissipating. No plume was visible on satellite imagery.


There is data available for 6 confirmed Holocene eruptive periods.


There is data available for 2 deformation periods. Expand each entry for additional details.


There is no Emissions History data available for Amukta. 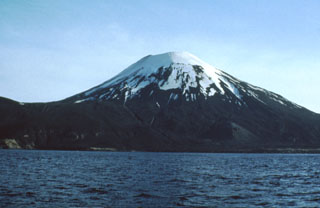 Amukta in the central Aleutians is located along the coast of the 8-km-wide island of the same name. It has had several eruptions since the late 18th century from both summit and flank vents. 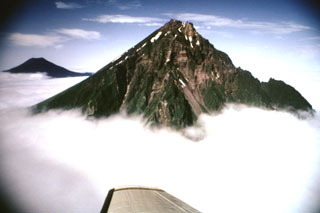 The eastern side of the Chagulak volcano is seen here in the foreground and Amukta is in the background. The two volcanoes join at depth but at the surface they are separated by 7 km of ocean.


There are no samples for Amukta in the Smithsonian's NMNH Department of Mineral Sciences Rock and Ore collection.