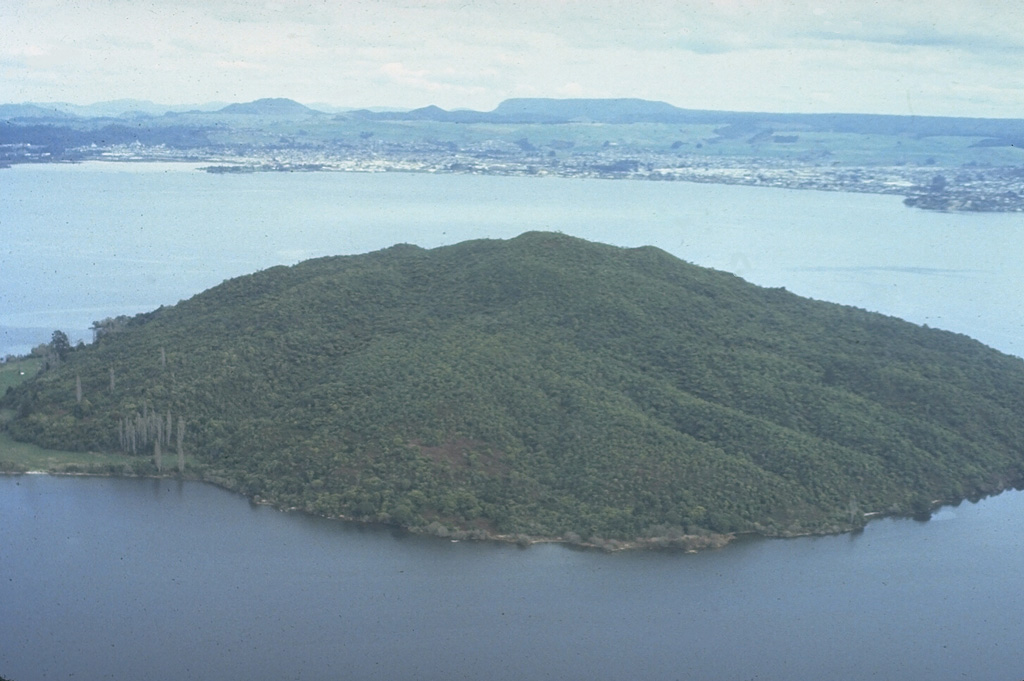 The 17-km-wide Rotorua caldera, largely filled by the waters of Lake Rotorua, was formed during the eruption of the 340 km3 Mamaku Ignimbrite about 220,000 years ago. Eruptive activity ceased during the Pleistocene, but the Mokoia lava dome, forming the island in the foreground, is less than 20,000 years old. Geothermal areas are found around the lake and the city of Rotorua lies across the lake along its southern shore.