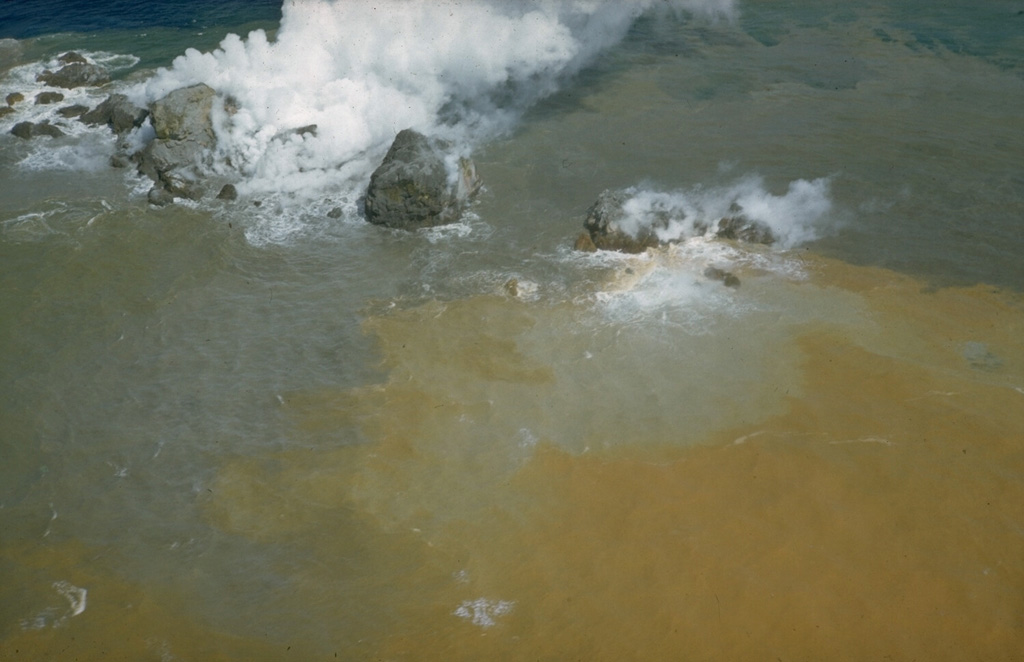 
According to JMA an area of pale yellow-green discolored water with a diameter of about 100 m was visible about 65 km SSE of Myojinsho on 26 January, based on an overflight conducted by the Japan Coast Guard. An eruption warning was issued to mariners. Discolored water was last observed in March 2017.


According to JMA an area of pale yellow-green discolored water with a diameter of about 100 m was visible about 65 km SSE of Myojinsho on 26 January, based on an overflight conducted by the Japan Coast Guard. An eruption warning was issued to mariners. Discolored water was last observed in March 2017.


There is data available for 15 confirmed Holocene eruptive periods. 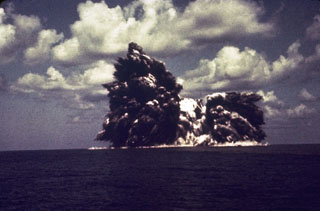 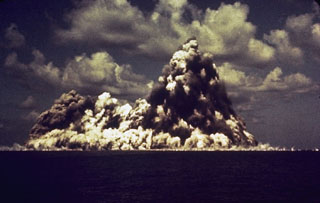 A submarine eruption at Myojinsho lava dome on the rim of Beyonesu Rocks caldera in the central Izu Islands on 23 September 1952. This photo shows a vertically rising plume of ash and steam (cocks’s-tail plume) and a base surge traveling across the sea surface. This photo was taken 8 seconds after the explosion first breached the surface. The eruption began on 16 September when a lava dome rose towards the sea surface. Explosive activity then progressively destroyed the dome. This cycle occurred three times until October 1953.