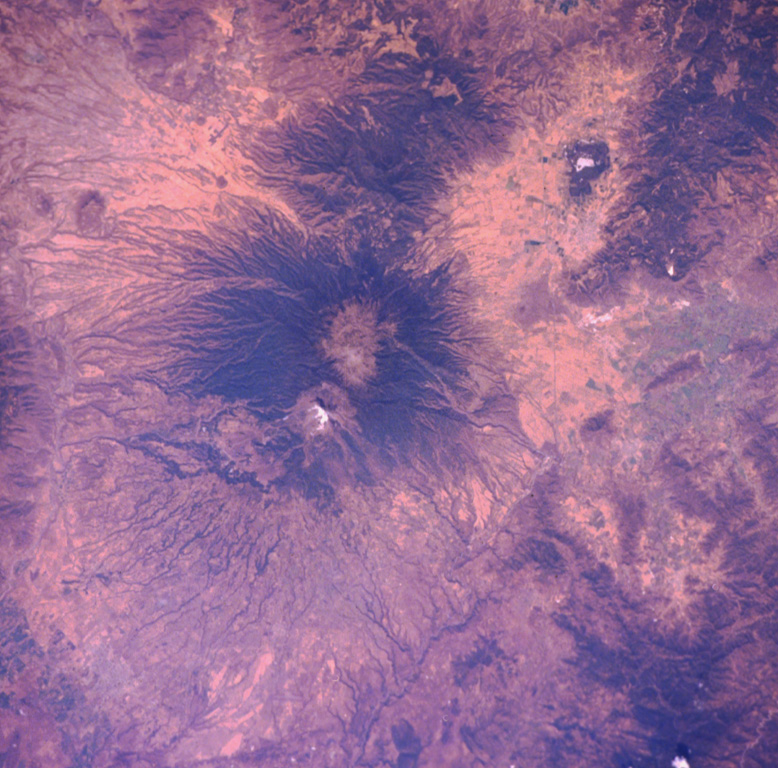 This Space Shuttle view of the Cántaro-Colima massif shows Pleistocene Cántaro volcano, the forested area at the upper part of the photo, and Nevado de Colima in the center. The whitish area to its SW is Colima volcano, which has been constructed within a horseshoe-shaped caldera defined by the arcuate brownish-colored area cutting the forested slopes of Nevado. Virtually the entire slope extending south to the city of Colima at the bottom left is formed by debris-avalanche deposits produced by periodic collapse of the Colima massif.