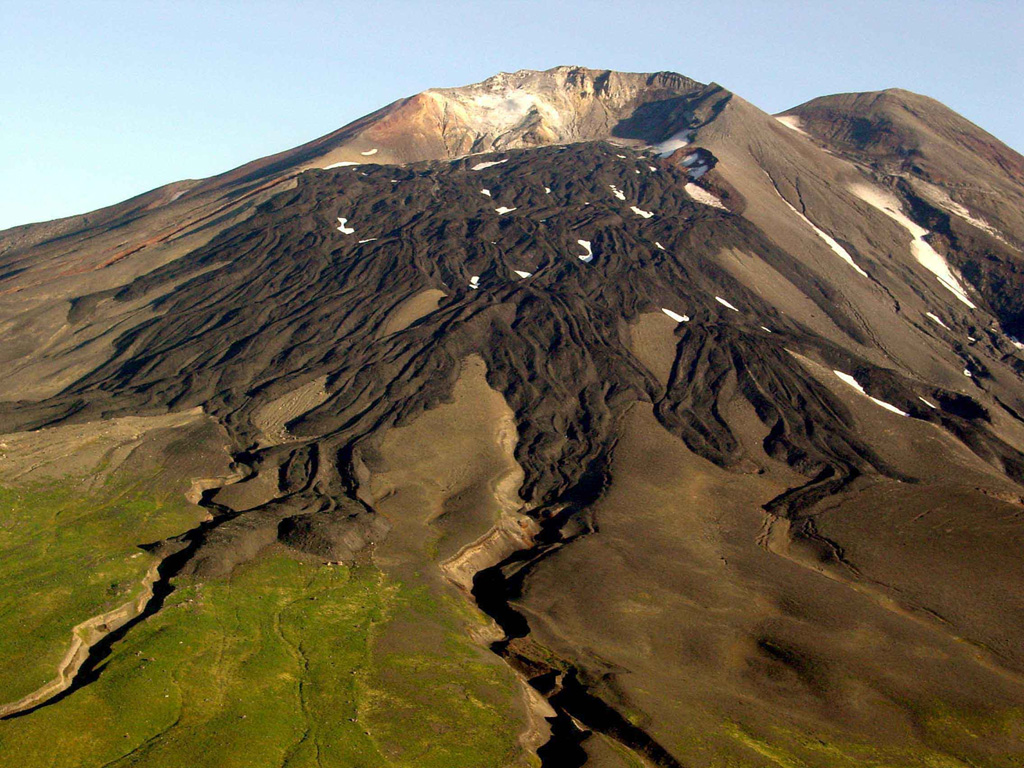 
AVO reported that a minor increase in seismicity was first detected at Gareloi on 19 May. Beginning on 27 May the rate and size of small volcanic earthquakes increased and was sustained at that level. On 8 June AVO raised the Aviation Color Code to Yellow and the Volcano Alert Level to Advisory based on seismicity rising above baseline levels. Sulfur dioxide emissions had been identified in satellite images the past week, though they were consistent with measurements recorded in previous years. No other changes were evident in satellite or webcam views.


On 27 May AVO changed the Aviation Color Code and Volcano Alert Level for Gareloi to Green and Normal, respectively, reflecting that communication with seismic stations had been re-established, allowing for the location of earthquakes and detection of unrest.


AVO reported that a loss of operation and communication with all seismic stations on Gareloi was likely due to snow cover. Both the Aviation Color Code and the Volcano Alert Level were changed to Unassigned, reflecting the lack of this data to detect unrest. The observatory noted that regional infrasound networks, lightning detection, and satellite images will be used to monitor and detected unrest. 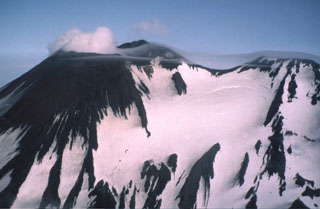 Two peaks form the summit ridge of Gareloi. The active NE-most crater (left) forms the high point of the island. A SE-trending 4-km-long fissure formed during an eruption in 1929, extends from the summit (right) to the sea and contains 13 vents. Phreatic explosions were followed by the ejection of pumice, lapilli, scoria, and lithics, as well as by the emission of four short lava flows.

Gareloi in the western Aleutian Islands is seen here from the S. This photo shows lava flows with clear levees from a 1980s eruption. The 8 x 10 km diameter Gareloi Island consists of a stratovolcano with two peaks and a SE-trending fissure that formed during a 1929 eruption and extends to the sea.